Bulls Continue their Win Streak with a Big Win Against Pacers (Chicago, Illinois) — The Bulls, coming off 3 postponed games and 2 wins, were ready to face the Pacers at the United Center. In the 1st, the Bulls offense was very consistent at the rim and in the paint with Zach LaVine driving through his defenders for the slam dunk. The Bulls also were consistent in their long-range shots, making 4 out of 6 shots from outside the arc. The Bulls took the early lead in the 1st quarter with the score at 33 – 27.  In the 2nd, the Bulls didn’t slow down, making every shot at the rim and making 3 out of 7 three-pointers. The Bear’s offense was extremely aggressive with Cody White driving up on his defender for the 2-point layup. The Bulls pulled ahead, scoring 30 points while holding the Pacers to only  21. By the half the Bulls led the Pacers 63 – 48.

In the 3rd quarter, the Bulls saw their first difficult quarter, not making a single shot at the rim. The Bulls were able to snipe shots from outside the arc and made 4 out of 9 three-pointers.  The Pacers were able to successfully find holes in the Bulls defense to make it to the rim. The Pacers were able to make up some ground, scoring 31 points while holding the Bulls to 24 points.  Going into the final quarter, the Bulls continued to lead with the score at 87 – 79.  In the 4th quarter, the Bulls slowed down their pace and waited for their opportunity to make a move, like when Nikola Vucevic waited for Javonte Green to sneak up to the rim to quickly make the pass for Green to make the uncontested dunk.  The Bulls made 1 out of 2 three-pointers in the 4th quarter. They allowed the Pacers to score 26 points while the Bulls also secured 26 points. The Bulls beat the Pacers 113 – 105.

Game Leaders were Zach LaVine with 32 points and 5 assists. On the defensive side, Nikola Vucevic was able to snag 15 rebounds along with DeMar DeRozan getting 2 steals. The Bulls made 56.6% of their collective shots and 47.8% of every three-point shot.

Bulls Continue their Win Streak with a Big Win Against Pacers 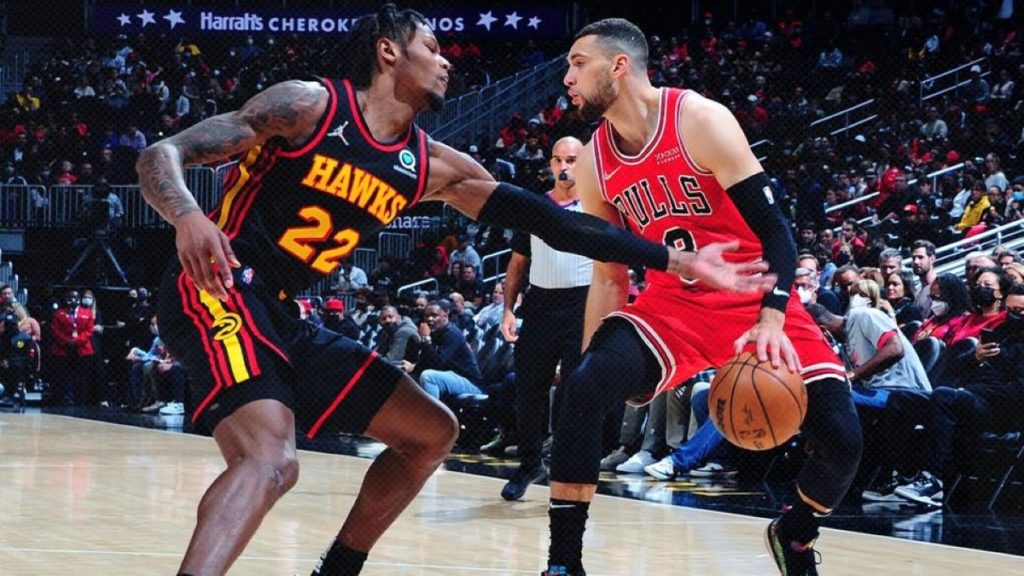 In the 2nd quarter, the Bulls scored 38 points while holding the Hawks to 27 points 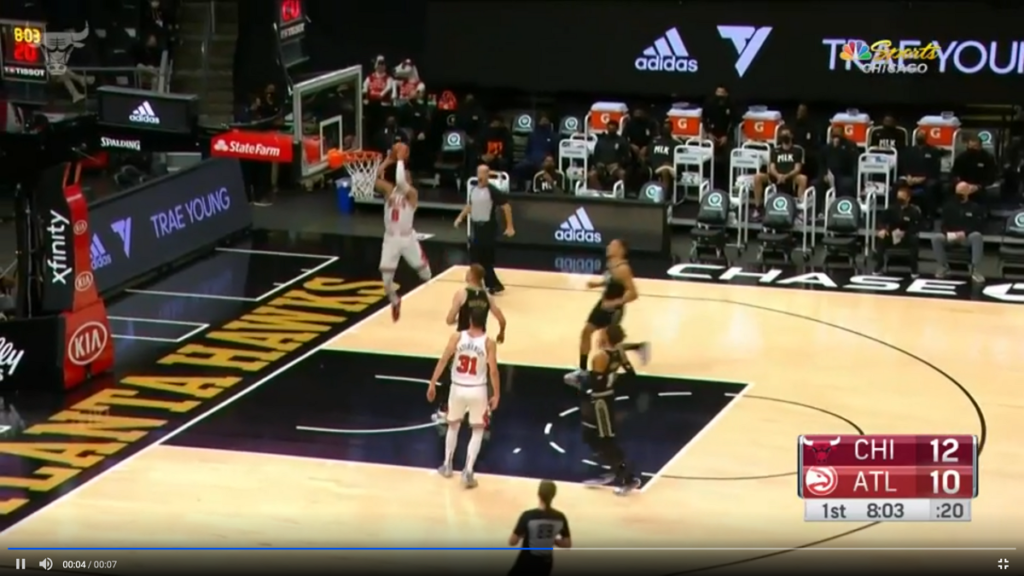 Bulls Continue their Win Streak with a Big Win Against Pacers