Bulls Hold Magic Under 100 Points in Win (Orlando, FL) – After losing to the Magic in a nail-biter on Friday night, the Bulls looked to redeem themselves on Saturday night as they faced Orlando again.

Nikola Vucevic was a major factor in Orlando’s win over the Bulls on Friday, as he had 15 in the first quarter and a career high 43 points overall. In order to win, Chicago will have to do a much better job containing him. Lauri Markannen and Otto Porter are also missing tonight’s game, so the Bulls will need players like Patrick Williams and Thaddeus Young to contribute in a major way.

Chicago started off with a 12-0 advantage in paint scoring, which led to a 19-13 lead with 6 minutes left in the 1st. The Magic outscored the Bulls 18-12 from that point forward to tie it at 31 going into the 2nd quarter. Zach Lavine had 11 in the quarter for Chicago, while Terrence Ross had 9 points for Orlando.

Denzel Valentine also started his first game of the season for the Bulls. Valentine scored their first 7 points in the 2nd, as they led 38-35 with 9 minutes left. With 6 minutes left, Chicago gained their first double-digit lead at 47-37 behind a Lavine jumper.

The Bulls were up 61-43 going into the second half. Lavine led the Bulls with 22 points and 5 rebounds, with Williams and Valentine adding 10 and 13 points respectively. Chicago also played great defense, as they limited them to 12 points in the 2nd quarter. Vucevic led the Magic with 11 points in the half

After going scoreless in the first half, Coby White scored 13 points to begin the 3rd. His 2nd three pointer of the game gave Chicago a 82-49 lead with 6.5 minutes left. The Bulls defense also continued to dominate, as they outscored Orlando 34-21 in the 3rd quarter. Chicago led 95-64 going into the 4th

Bulls close out the Magic

Mo Bamba came in and gave the Magic a spark, as he scored 14 points in the quarter. Orlando cut the Bulls lead to 105-86 with 4.5 minutes left in the 4th. On the next two plays, Lavine hit a three and Thaddeus Young had an “and-one”, to put Orlando away. Chicago won the game, 118-92.

Defense was a major key in this game, as the Bulls held their opponent under 100 points for the first time this season. Offensively, Lavine led the Bulls with 39 points, 7 rebounds and 4 assists. Valentine and Williams also combined to score 36 points for the Bulls. 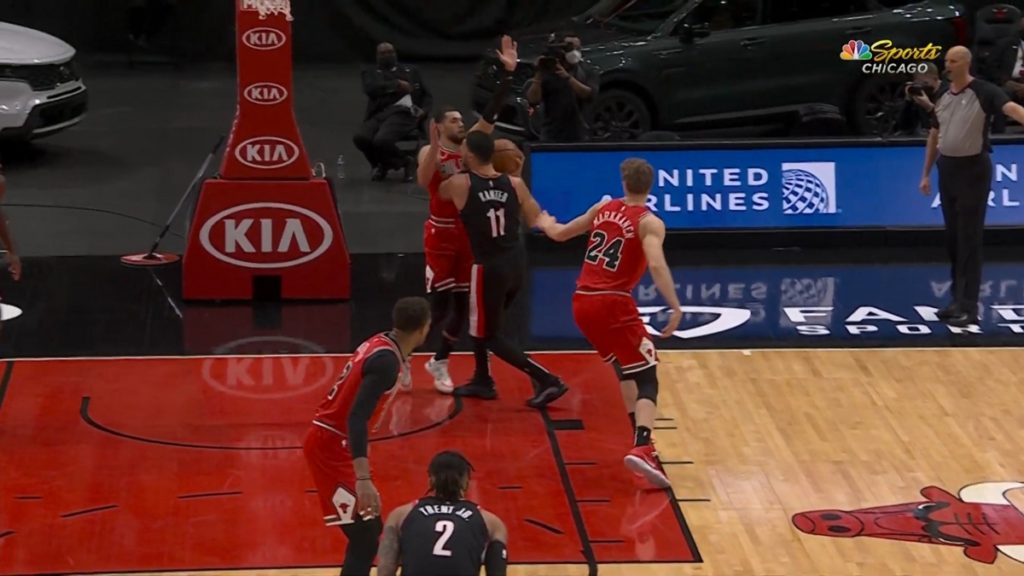