Cardinals pick Dalton 4 times, get their 10th win of the season (Chicago, IL) — The Arizona Cardinals became the first team to reach ten victories this season as they beat the Chicago Bears 32-22 Sunday at Soldier Field.

Arizona took control early after two consecutive Chicago turnovers. Cardinals safety Jalen Thompson picked Andy Dalton off on the Bears opening drive, setting Arizona up deep in Chicago territory. Quarterback Kyler Murray went on to find wide receiver DeAndre Hopkins for a twenty yard touchdown to give Arizona the early lead. On the very next drive, Dalton threw another interception looking for tight end Cole Kmet. It was safety Budda Baker who got in on the action this time, returning the interception for seventy-seven yards. Murray then scrambled for a nine yard touchdown, and Matt Prater’s extra point put the Cardinals up 14-0 at the end of the first quarter.

In the second quarter, Chicago put together a solid drive lasting nearly eight minutes which culminated with running back David Montgomery scoring a one yard touchdown. The Cardinals quickly responded with another touchdown as Murray found James Conner for a twenty-three yard score.

Arizona’s only points in the third quarter came on a thirty-three yard field goal by Prater. The Bears would cut the deficit to ten when veteran tight end Jimmy Graham caught a one yard touchdown pass from Dalton.

In the end, the turnovers were too much for Chicago to overcome.  The Cardinals defense picked off Dalton four times, twice in the final period. The Cardinals offense made the Bears pay each time, scoring after every turnover.

Kyler Murray Sharp In His Return

Murray finished 11 of 15 for 123 yards and two touchdowns. He also rushed ten times for 59 yards and two rushing touchdowns. This was his first game back after missing the previous three due to an ankle injury.

Arizona host the Rams (7-4) next Monday.

Cardinals pick Dalton 4 times, get their 10th win of the season 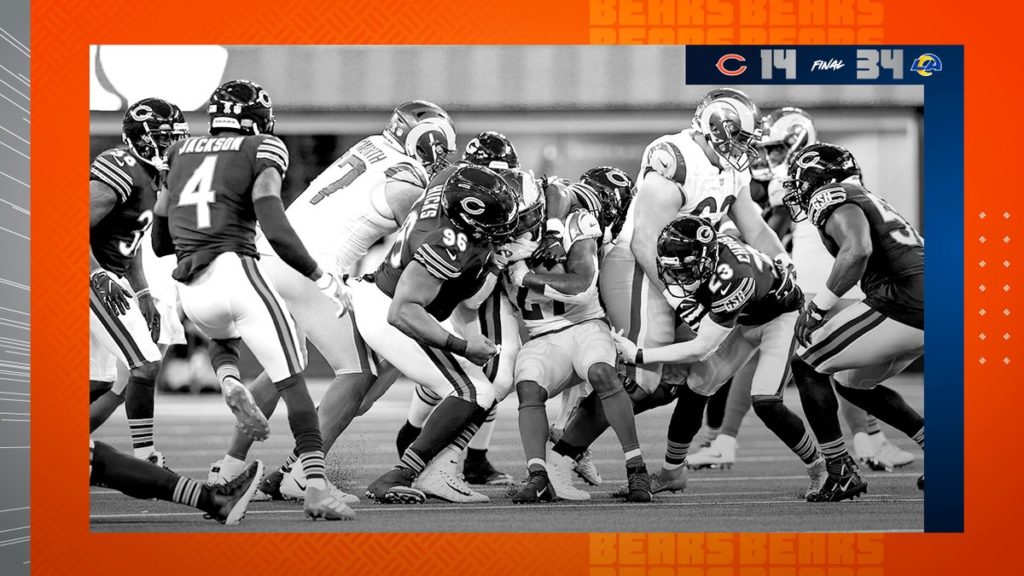 Stafford throws 3 touchdowns, beats Bears for first time as a Ram (Inglewood, CA) –  On the opening drive, Chicago got off to the start they were looking for as Bears running back David Montgomery took off on the second play of the game for forty- one yards.

Cardinals pick Dalton 4 times, get their 10th win of the season