Bears defense picks off Burrow 3 times in fourth, gets first win of season (Chicago, IL) — Rookie Justin Fields took over for injured Andy Dalton in the second quarter and helped Chicago beat Cincinnati 20-17. Dalton, who appeared to injure his knee late in the quarter, exited the game and did not return.

Chicago led 7-0 at the half

The stout Chicago defense was huge throughout the game, sacking quarterback Joe Burrow four times and intercepting him three times on three straight pass attempts. Bears linebacker Roquan Smith ran one of the interceptions back fifty-three yards for a touchdown. This was Smith’s first career touchdown in four seasons with Chicago.

The Bengals finally got on the board in the third, when kicker Evan McPherson converted a fifty-three yard field goal.

Despite the three interceptions in the fourth, the Bengals would rally, scoring fourteen points in the final period. Burrow hit Ja’Marr Chase for a forty-three yard touchdown.  Cincinnati would then pick off Justin Fields, which led to a Burrow to a Tee Higgins touchdown reception, cutting the lead to 20-17.

Chicago would hold on to the lead and got their first win of the season, improving to 1-1.  Fields finished 6 for 13 and 60 yards, while also rushing for 31 yards.  Dalton went 9 of 11 for 56 yards and a touchdown before leaving with the injury in the first half.

Darnell Mooney led Chicago with 6 catches for 66 yards. Allen Robinson added 2 catches for 24 yards to go along with his 40th career touchdown.

Chicago travels to Cleveland next week to face the 1-1 Browns.

Cincinnati will head to Pittsburg to play the Steelers in a big division game early in the season.

Bears defense picks off Burrow 3 times in fourth, gets first win of season 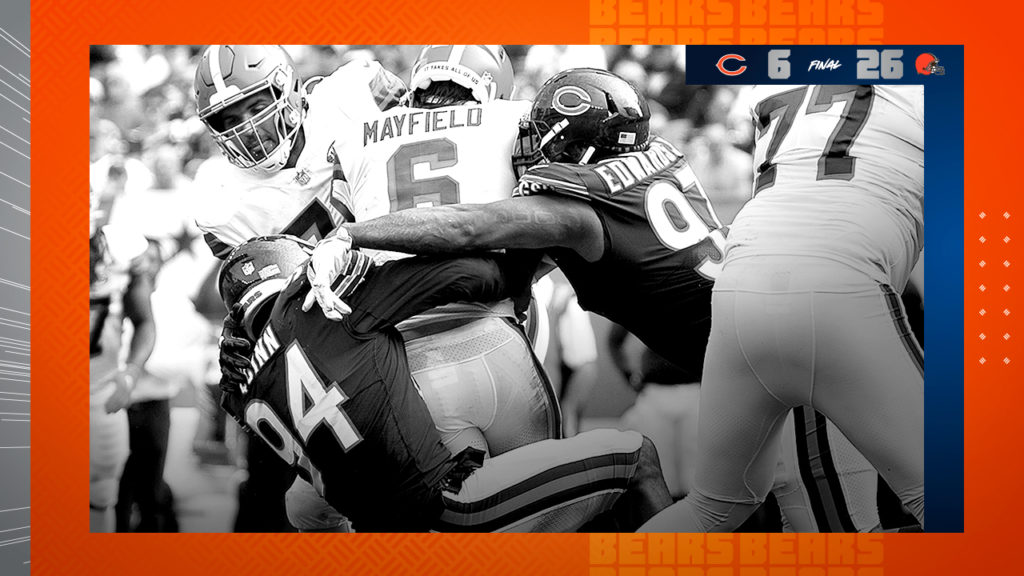 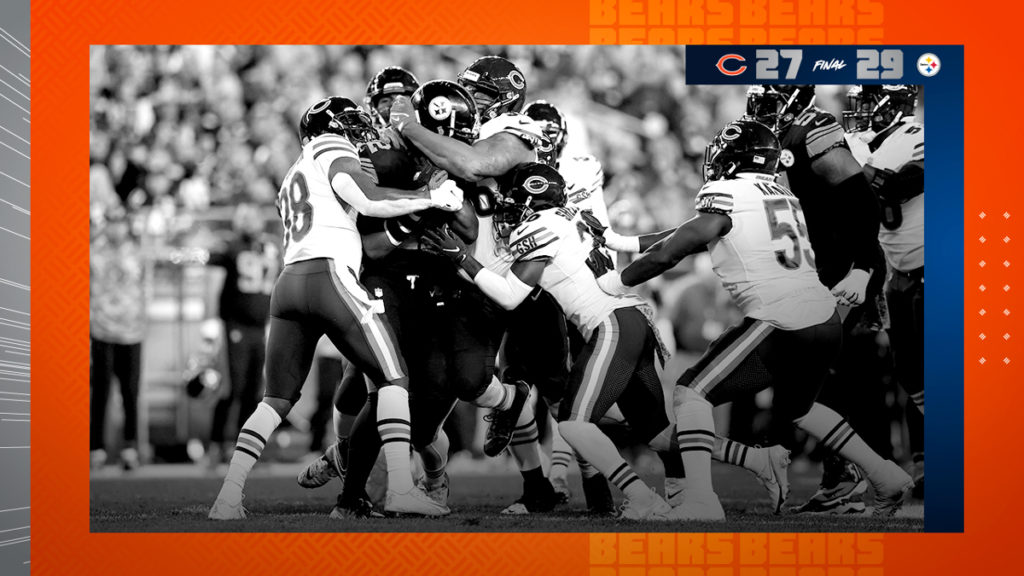 Bears defense picks off Burrow 3 times in fourth, gets first win of season