Anonymous Political Campaigns are like Cockroaches; They scatter when the light comes on (Bolingbrook, IL) – After watching the excellent and truthful video of South Carolina’s first Black Lieutenant Governor talking about a racist cartoon depicting the state’s first Black Lt. Gov. and a Female Native American as KKK members, I reflected back to recent flyers and posts directed at DuPage Township Candidates. (Watch the video here)

First, a word for voters: If you receive campaign material like this, and it comes from a campaign not listed on the State Board of Elections website as a legitimate campaign, and depicting racist images, you should immediately assume it is false and mailed by people trying to remain anonymous, and who are too cowardly or embarrassed to put their names on it. This should also indicate to you that the material provided should be discarded into the trash heap from where it came.

Anonymous and unknown campaigns and printing companies can be discovered, and actually have been discovered as recent as last month in McHenry County where the disgraced former State Representative and former County Board Chairman Jack Franks admitted to the Court to his involvement with mailing disgusting and patently false flyers (read about it here). So, yes, these cockroaches can be exposed and their anonymity stripped from them. It is only a matter of time…and that light will come on, and they will scatter like cockroaches.

At least two flyers were mailed to DuPage Township residents by an unknown, cowardly, and still anonymous group labeling itself as “Citizens Against Benford.”

The latest one included images of the Confederate flag, a photo taken during the DC Capitol riots, and Rittenhouse with a gun, alongside Candidate Benford (a Black woman running for Township Supervisor), Antonio Timothee (running for Trustee), and Deborah Williams (trustee candidate who went to DC for the purpose of attending a peaceful rally).

This flyer was also attached to a post written by a woman from Florida who posted it with the campaign material of Gary Marschke, Candidate for Township Supervisor – in what appears to be her linking his campaign to the flyer or giving the impression that it is (see pic here).

We have reached out to Gary Marschke. In particular, we asked if he endorsed these types of communications; the posting of the flyers right next to his campaign information, and the describing of his opponents as extremists, domestics terrorists, and as linked to the Capitol riots. We also asked if he would go on record condemning these things.

He has declined to respond.

Anonymous Political Campaigns are like Cockroaches; They scatter when the light comes on 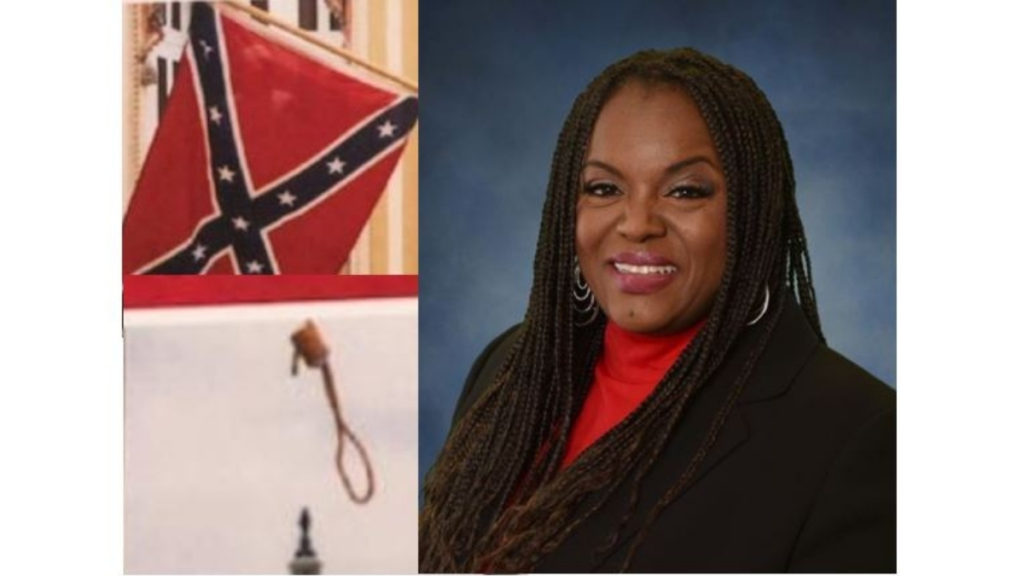 Anonymous Political Campaigns are like Cockroaches; They scatter when the light comes on