Suns snap Bulls’ 3 game win streak (Chicago, IL) – The Chicago Bulls came into this matchup against the Phoenix Suns hot, as they had gone 5-1 in their last six games. If the Bulls won Friday night against the Suns, it would have been their first four game win streak since November of 2017.

Facing Phoenix was no easy task, as they are one of the best teams in the league this year at 20-11. The matchup between Devin Booker and Zach Lavine was key to determining the game. Before tonight’s game, Lavine was 5th in the NBA in scoring at 28.8 per game, while Booker was 16th at 25.0 per game.

Bulls pull away at the end of the 2nd

The Suns started off aggressive, as they scored their first 12 points in the paint. That gave them an early 12-4 lead with 7 minutes left. Phoenix led 22-11 at one point, but the Bulls closed the quarter out on a 15-4 run. The game was tied at 26 going into the 2nd

Tomas Satoransky came off the bench, but was integral in keeping the Bulls connected. Satoransky became Chicago’s first double digit scorer at 10 points, after hitting a three to reduce the Phoenix lead to 40-39. Shortly after, Denzel Valentine hit a floater to give the Bulls their first lead of the game at 43-42, with 4 minutes left. From that point forward, Chicago went on a 15-4 run to lead 58-46 going into halftime.

As a team, Chicago shot very well from the field in the first half, going 25/41(61%). They also played well defensively, as the Suns only went 1/10(10%) from the three point line, compared to 7/18(39%) for the Bulls. Four players scored in double figures in the first half for the Bulls, led by Lavine’s 16. Booker led the Suns with 12 points

Luke Kornet keeps the Bulls afloat in the 3rd

Mikal Bridges ended the Suns’ streak of eight straight missed three pointers, as he hit one early in the 3rd quarter. His three reduced the Bulls lead to 64-53 with 9.5 minutes left. Phoenix later cut the Bulls lead to 66-61, but Luke Kornet responded for the Bulls.

Kornet came into the game 1/14 from the three point line on the season, but he hit three 3’s after the Bulls lead got cut to five. Kornet’s shooting gave the Bulls a 75-63 advantage with 4 minutes left. Phoenix’s bench later fueled an 11-0 run, that trimmed the Bulls lead to 77-74 with one minute remaining in the quarter. Chicago led 81-74 going into the 4th

Suns dominate in the 4th, beat the Bulls

The Suns totally outplayed the Bulls in the 4th quarter, as they outscored them 32-16. The Bulls struggles in the final quarter were largely due to their 10 turnovers.

Chris Paul had 14 points and 15 assists for the Suns, with Booker adding 22 points. Lavine led the Bulls with 24 points and 4 assists, with Coby White adding 19 points. 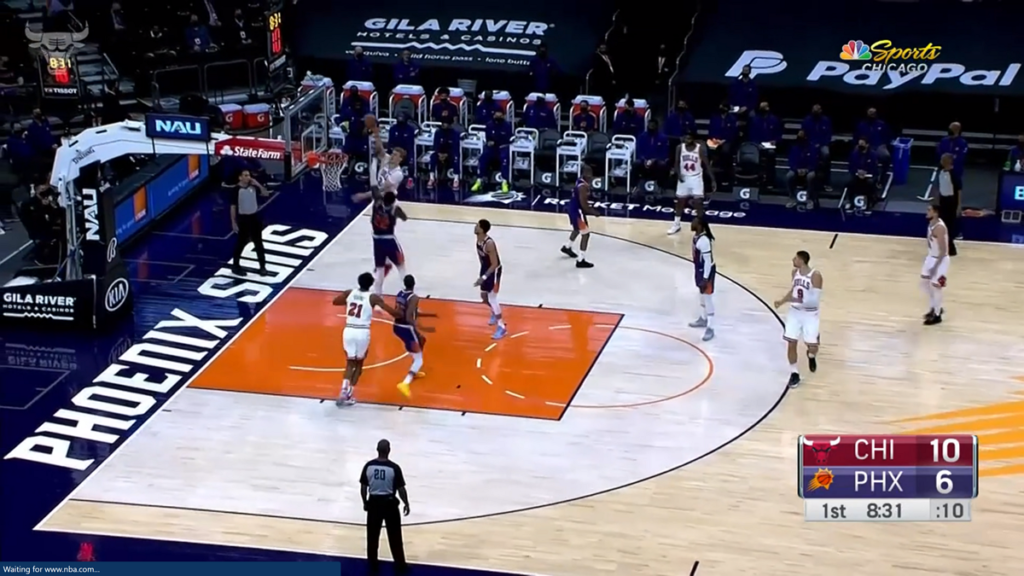 Bulls lose hard-fought battle against the Suns (Phoenix, AZ) – In the second game on their west coast road trip, the Bulls will have a tough test against the Phoenix Suns tonight. 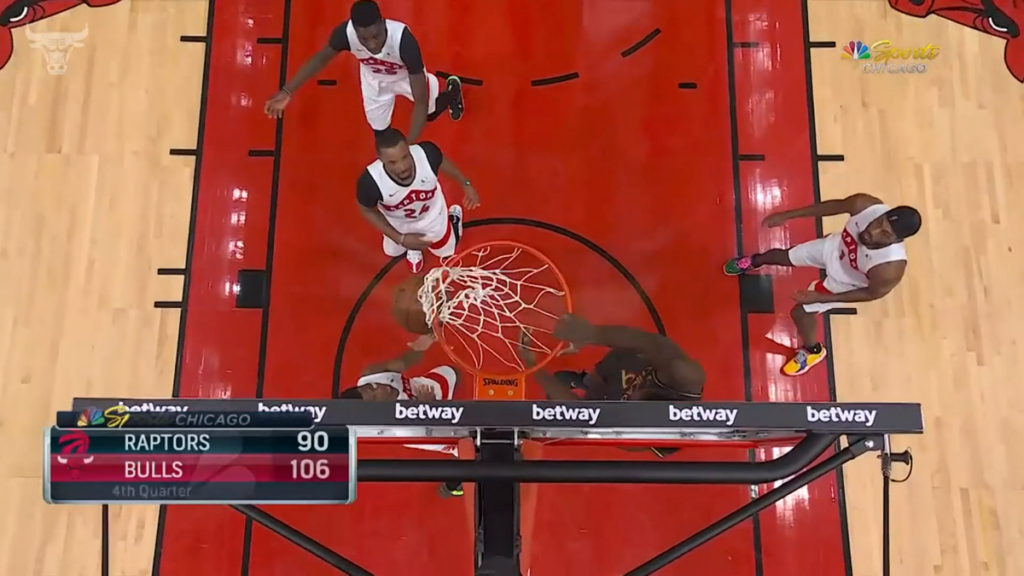