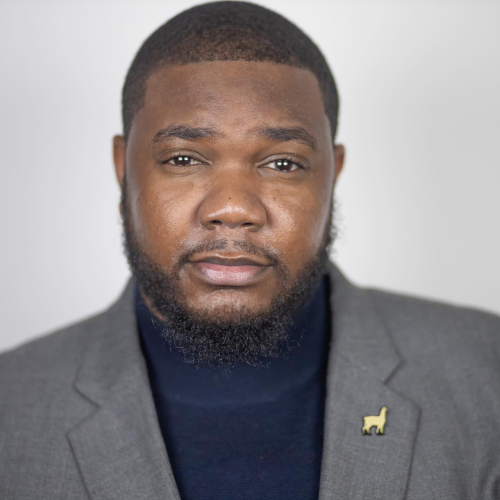 Residents Share their Concerns with Markham City Officials (Markham, IL) — On April 6, various residents attended the City of Markham’s council meeting to voice their concerns on various issues in the city.

Melanie Spears, a resident since 1971, spoke about a shootout that took place in front of her home, resulting in bullet holes in her walls. Resident William Reed urged the city to figure out a way to reroute the drainage system by his home because he stands in flooding water.

“We love Markham, we love it here, we want you to be our neighbors. But we don’t want to feel like we can’t come home or we can’t go to sleep,” said Jones.

Business owner Vicky Hosey and her supporters voiced their disdain over the process and decision not to move forward with establishing a business in Markham. Hosey owns the Celebrity Lounge, a bar located on the south side of Chicago. Hosey planned to expand to Markham, but the recent ordinance limiting the number of liquor licenses in the city prevented that.

Hosey felt the mayor should have made it clear that the liquor license was never going to be received before completing the application.

“I think he has the right to make whatever decision he wants, but I think that I also had the right when I came in before I even closed on this property to know what his plans were,” said Hosey.

During the Alderman reports, Alderman Rondal Jones plans to host block club parties during the summer for residents in the 3rd ward, with hopes of doing some all over the city.

“Let’s bring the neighbor back in the hood. We always say we are in the hood, but we are a neighborhood, and I think block clubs are where it is at,” said Jones.

The next scheduled city council meeting is April 20, 2022.