Bears pound Jags 41-17 (Chicago, Illinois). With the Arizona losing to San Francisco yesterday, the Bears now control their destiny.  They defeated the awful Jacksonville Jaguars (1-14) by twenty-four points Sunday afternoon. Now they have to take care of business next week against their division rival Green Bay Packers to guarantee a playoff birth.

Former Bears quarterback Mike Glennon led the Jags down the field on the first possession.  After going twelve plays for seventy-one yards, kicker Aldrick Rosas made a 26 yard field goal.  Chicago quarterback and former mentee of Glennon responded on the Bears first drive, as Chicago went ten plays and seventy-five yards for a touchdown.  Trubsiky connected early in the drive with Robinson on a low pass for 21 yards. Two plays later Montgomery ran up the sideline for 26 yards.  Trubisky also connected with tight end Jimmy Graham twice on the drive, the latter resulting in a five yard touchdown.  Bears took the early lead 7-3.  Halfway through the 2nd quarter Mike Glennon put together another solid drive starting at his own 30 yard line.  DJ Chark Jr. caught a twenty yard touchdown pass from Glennon.  After Rosas extra point the game was tied 10-10 midway through second.

Jacksonville struggled mightily in 2nd half

The Jacksonville offense struggled throughout the game.  They punted the football or turned it over every possession after the Chark touchdown until Laviska Shenault Jr. caught a 34 yard touchdown reception from Glennon with four minutes to play in the fourth quarter.  The score was 41-17 at the time.  The defense was equally bad, giving up thirty-four points through three quarters, and 41 for the game.

Bears win easily 41-17 and can secure a playoff spot with against the Packers next week.  If Chicago loses to Green Bay, they’ll need a Cardinals lost to the Rams to get in the playoffs.

Chicago got a balanced contribution on the afternoon.  Trubsiky threw for 265 yards, two touchdowns and an interception.  David Montgomery rushed 23 times for 95 yards and a score, and Allen Robinson had 10 receptions for 103 yards.  The Bears improve to 8-7 on the season.

What’s next for Jacksonville?

Jaguars fans are hoping they lose out in an attempt to secure Clemson quarterback Trevor Lawrence in next years draft.  The Jags are now 1-14 and will face a tough Indianapolis Colts team to finish out their disappointing season. 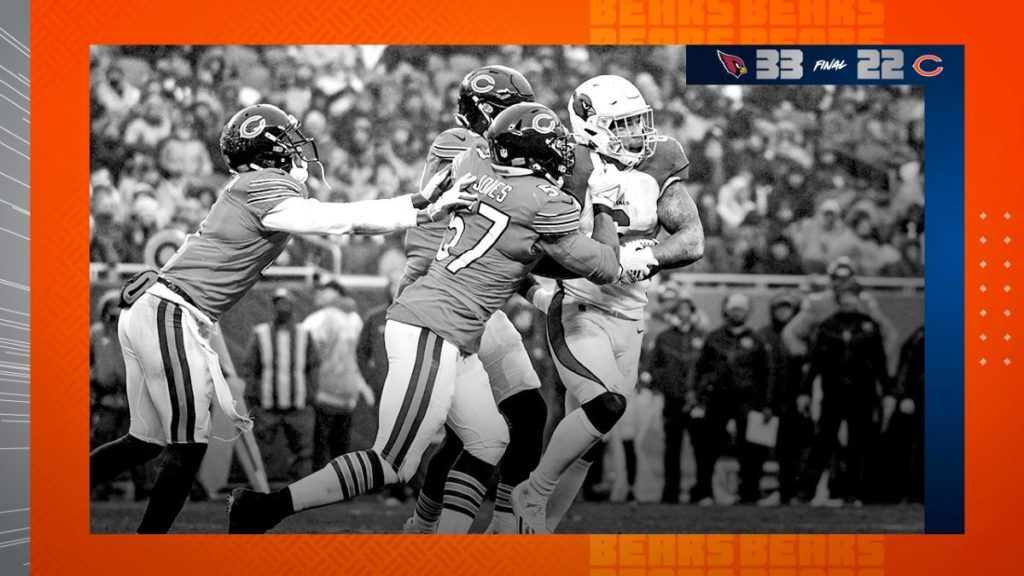 In the end, the turnovers were too much for Chicago to overcome.