White Sox just get by to sweep the series against Orioles (Baltimore, Maryland) – The last game of the series against the Orioles started with White Sox pitcher Dylan Cease on the mound for the Sox.  In the bottom of the 1st, Cease threw a pitch to Oriole’s batter, Austin Hays, who hit a 2-run homer to right field that put the first runs on the board.  The score was 2-0 Orioles at the end of the 1st.  In the top of the 3rd inning, Orioles first baseman, Ryan Mountcastle, had to leave the game due to an injured arm.  In the top of the 4th, White Sox batter Andrew Vaughn crushed a ball to left field for a solo homer to put the first run on the board for the White Sox.  Vaughn stepped up to the plate again in the top of the 6th to hit a 3-run homer to right field to put the Sox in the lead.  The score was 4-2 White Sox at the end of the 6th.  In the bottom of that inning, White Sox pitcher Michael Kopech relieved Cease for an immediate 3 strikeouts.

Kopech was then taken out and replaced by Codi Heuer in the bottom of the 7th.  Heuer lasted just one inning as well and replaced with White Sox pitcher, Garrett Crochet.  Liam Hendriks took the mound in the bottom of the 9th in an attempt to close the game but gave Oriole’s batter, Trey Mancini, a 2-run homer to right field to tie the game and sent it into extra innings.  In the top of the 10th inning, White Sox batter Adam Engel cracked a ball to deep left field for a 3-run homer.  In the bottom of the extra inning, Jose Ruiz took the mound and tried to close the game but Oriole’s batter, Cedric Mullins, hit a sacrifice fly for a run.  After a walk and bases loaded, Ruiz was taken out and White Sox pitcher Matt Foster closed the game with a lineout and a flyout.  The White Sox beat the Orioles 7-5 to take the 3-game series.

White Sox just get by to sweep the series against Orioles 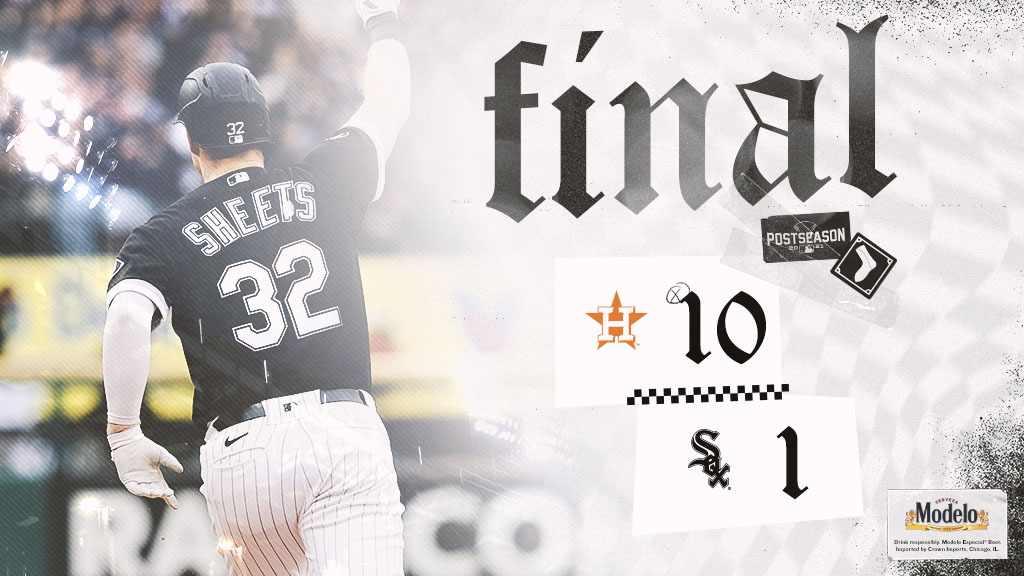 Astros take the Divisional Series in game 4 (Chicago, Illinois) — In game 4 of the Division Series in Chicago the White Sox were looking to tie up the series and go into game 5 with the Astros.

White Sox just get by to sweep the series against Orioles