Turnovers too much for Bulls. (Chicago, Illinois) – In their last game, the Bulls (4-6) put forth a great effort against the Lakers(7-3), as Zach Lavine had a chance to win the game in the final seconds. They looked to redeem themselves and beat the other LA team in the Clippers (6-4), on Sunday afternoon.

The Clippers have one of the best swingman combinations in the game, with Paul George and Kawhi Leonard. Bulls rookie Patrick Williams received praise from Lebron on his defensive instincts after their game. Lebron said that he is an “exceptional talent”. Chicago will need Williams to play great defense on Leonard and George in this one, to increase the Bulls chances of winning.

The Bulls struck first, as five early points from Lavine and Williams gave them a 12-5 lead with 8 minutes left in the opening period. The Clippers got back into the game with a 7-0 run, which cut the Chicago lead to 20-17 with 4 minutes left. Ball movement was key for the Bulls in the first quarter, as 9 of their 11 field goals were assisted. Chicago led 31-22 going into the 2nd.

The Bulls scored the first four points of the 2nd quarter. The Clippers countered with a 10-0 to reduce the Chicago lead to 35-32 with 8.5 minutes left. The game continued to be close, as the Bulls led 50-48 with 3 minutes left in the half. Chicago closed the half out on a 9-4 run, to lead 59-52 going into halftime.

Lavine and Williams led the Bulls in the first half, as they had 16 and 11 points respectively. They also combined to hit 7 of Chicago’s 8 three pointers. George and Leonard combined to score 26, half of the Clippers points.

Kawhi’s hot hand ties the game heading into the 4th

The 3rd quarter started off with a three point barrage. The Bulls and Clippers combined to hit 9 threes in the first five minutes of the quarter. LA hit 5, compared to Chicago’s four, which cut the Bulls lead down to 77-75.

Lavine and Kawhi led the charge for their respective teams in the quarter, as they both hit five threes. Leonard also set his career high in scoring for a quarter with 21, contributing heavily to the 94-94 score heading into the final quarter.

Clippers close out the Bulls

The Clippers took a 113-110 lead halfway through the 4th, behind a layup from George. Chicago took back the lead at 119-118 with 3 minutes left behind an “and-one” from Garrett Temple, who started his first game of the season.

LA followed up Temple’s “and-one” with an 8-0 run, to give them a 126-119 lead over the Bulls with one minute left. Lavine kept the Bulls alive, scoring six straight points to cut the Clippers lead to one with 17 seconds left. Afterwards, George hit four free throws to seal the win for the Clippers, at 130-127. Turnovers ended up being too much for the Bulls to overcome, as their 22 turnovers led to 31 points.

Despite the loss, Lavine had his best game of the year with 45 points, 7 rebounds and 7 assists. Williams also had a career high 17 points

Kawhi and Paul George led the Clippers, as they combined to score 63 points.

The Clippers(7-4) will play the Pelicans(4-5) in their next game on Wednesday at 7pm CT.

Chicago(4-7) will return to the United Center in their next game on Tuesday, against the Celtics(7-3) at 7pm CT.

Turnovers too much for Bulls 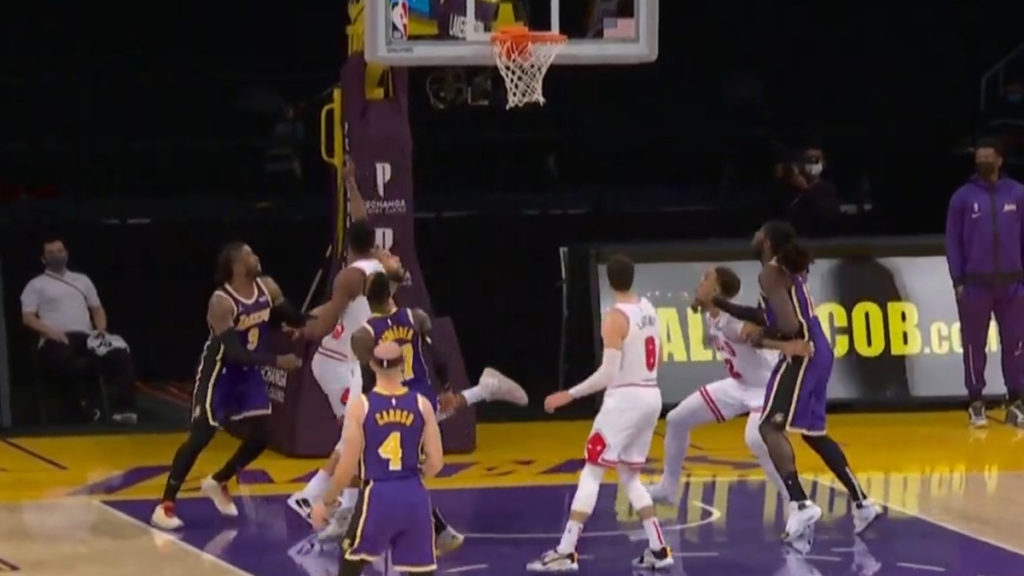 The Bulls face the Lakers in Game 3 of a 4-game road trip, and fall just short of win.

Turnovers too much for Bulls to overcome, Clippers win