According to Southland Black Chamber President/CEO, Dr. Cornel Darden Jr., “The Mayor of the Year Award aims to recognize the mayors in our service region who have shown a commitment to enhancing their respective communities.” He went on to state that, “President Vanderbilt’s efforts to better the Park Forest community during these unprecedented times have not gone unnoticed. Throughout numerous government shutdowns and “stay-at-home” orders, President Vanderbilt has shown great care for his residents through hosting food giveaways, PPE dispersion events, supply drives, and more. He has also remained committed to his village’s businesses by being one of the most accessible mayors in the Southland.”

When speaking at the board meeting on Vanderbilt, Dr. Darden said, “We feel that your dedication to the community has stood out among the pack. Starting with your efforts with the COVID-19 pandemic, getting out in the community early to help out… You were the first person that got me out of the house Mr. Mayor, when you reached out to me and asked me if any one in Joliet needed food. You came out and assisted the Joliet community in giving out food. Actually, most of the volunteers, it was the first time they went out. Just another testament to your resolve to help in the community.” 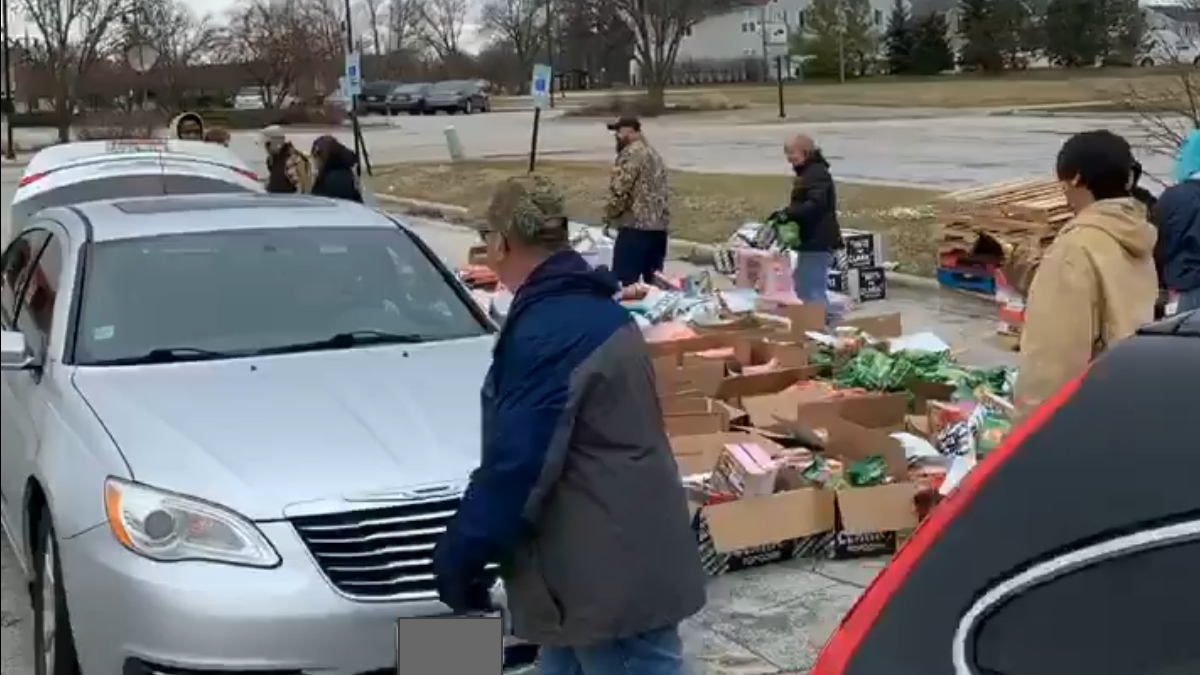 When accepting the award, President Vanderbilt lauded the numerous volunteers that came out to help with the free food pop ups. He also said that they were able to provide over 3 million pounds of food during the pandemic, not only within the Village of Park Forest, but as far east as Indiana, south to Kankakee, west to Joliet, and even Chicago. The village was among the first municipalities in the region to pass out PPE to residents, including masks, hand sanitizer, and gloves. Vanderbilt went on to praise the staff and village board members of the village on their efforts to ensure the census was completed, and for their efforts working with local business. According to Vanderbilt, Park Forest saw 10 new businesses open during the pandemic.