Our investigation found that an algorithm the insurer proposed using in Maryland would charge more to customers Allstate deemed less likely to shop around, including those who the company found were overpaying by thousands of dollars based on a new risk assessment. Michigan was one of 10 states where public records show Allstate was using a similar customer retention pricing model. Nearly every state prohibits discriminatory rate-setting, requiring premiums to be “cost-based” or “loss-based,” meaning insurance companies can only price in the risk of a claim and a little overhead. 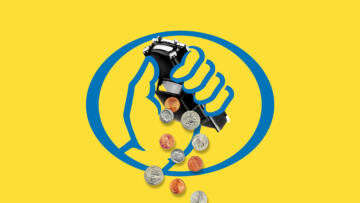 Insurers are supposed to price based on risk, but Allstate’s algorithm put a thumb on the scale

In a letter sent last month, Michigan’s Department of Insurance and Financial Services asked Allstate if two policyholders with the same risk profile could end up paying different rates for car insurance, which is a standard test for determining unfair insurance pricing. Regulators also asked several questions about Allstate’s process for assigning customers to different subgroups, which was the process we found led to some customers being charged different rates based on perceived risk of switching insurance companies.

In an emailed statement to The Markup that was unsigned, the company’s media office said Michigan regulators’ questions are part of the standard process of reviewing insurance pricing.

In a written response to Michigan regulators, Allstate explained that if any two customers have the same risk profile but were assigned different rates initially, its systems would catch it and align their rates later in the process. “Allstate has not yet found any identical risks in Michigan,” Allstate wrote. “This is not an unexpected result, since the large number of possible price points when combining the proposed rating plan characteristics for each coverage make it extremely unlikely for identical risks to occur.”

Allstate has not yet found any identical risks in Michigan.

“If two policyholders were alike in every way but one drives a 2012 Honda Civic LX and the other a DX,” he said, Allstate would consider them “not-exactly-similar risks.”

Representatives from Allstate did not respond to The Markup’s request for comment about Hunter’s criticism.

The Markup and Consumer Reports analyzed data Allstate provided to regulators in Maryland in 2014. We found Allstate was proposing charging elevated rates to customers already paying a large amount for their car insurance but proposed lower increases to customers who had cheaper policies, even if they were due larger increases based on their underlying risk of getting into an accident. At the same time, the algorithm capped discounts to half a percent for virtually all of the customers that Allstate’s own risk calculations said deserved decreases, some of more than $1,000. We found older people and those living in areas labeled predominantly non-White by the Census would be most affected.

Maryland authorities denied Allstate’s plan, calling it discriminatory. However, we identified 10 other states, including Michigan, where Allstate had told regulators it used similar algorithms, and those plans remained in place.

We were unable to determine at that time if Allstate’s pricing systems in those states functioned in precisely the same way as the one it proposed in Maryland because Allstate didn’t answer our questions about it and we didn’t have access to enough data in those states to reverse-engineer the algorithm. The data we used to conduct the Maryland analysis is almost always kept from public view.

In the January letter, Michigan regulators said if Allstate is unable to satisfactorily answer the questions, its proposal to update the way it calculates rates in the state will be rejected. Michigan Department of Insurance and Financial Services communications director Laura Hall said the agency can’t comment on Allstate’s letter while the company’s application is still under review.

Hall said the agency’s increased scrutiny of Allstate is the result of changes to state law in July 2019, which required insurers to get prior approval from regulators before rolling out significant changes to their auto insurance policies there. Previously, Michigan allowed insurers to put new insurance pricing schemes into effect immediately, but regulators could later object.

The January letter is not the first time Michigan insurance regulators have questioned Allstate. While reviewing its 2014 proposal, the insurance department asked the company point blank if it was using “price optimization,” the industry term for setting premiums based on non-driving factors, such as a customer’s likelihood to defect to a competitor. “Please verify whether or not you are using price optimization for marketing purposes,” the regulators wrote. “We want to be sure that there is not a conflict with indicated relativities in a way that raises rates for policyholders it retains and reduces premiums for new business in order to attract those risks.”

Allstate responded by saying the term price optimization “has been used to represent a variety of different practices” but that the relevant elements of Allstate’s pricing system were standard industry practices and nothing to be worried about. “These considerations have always been a part of ratemaking as insurers have frequently tempered rate changes to minimize policyholder disruption, among other business considerations,” the company explained.

There were no further objections from regulators in the publicly available correspondence of the 2014 rate filing, which ultimately went into effect.

According to a 2019 University of Michigan report, Michigan has the highest auto insurance rates in the country. Annual premiums in the state are double the national average, with much of the burden falling on low income and minority communities. Auto insurance customers in Detroit, where more than three-quarters of residents are Black, pay nearly twice the average premium for Michigan as a whole.

That same year, Michigan governor Gretchen Whitmer ordered Michigan’s Department of Insurance and Financial Services to investigate the use of non-risk-based factors.

“Michiganders continue to pay the highest auto insurance rates in the nation and are feeling the pressure of those rates,” she said in a statement announcing the order. “I’m committed to using the power of my office to increase transparency, strengthen consumer protections, and better determine how we can provide relief to motorists.” 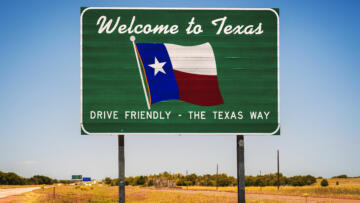 Michigan is not the only place where Allstate’s pricing practices have drawn fresh scrutiny since our investigation was published.

Last year, Allstate customers in Texas filed a class action lawsuit against the Illinois-based insurer that directly cited The Markup and Consumer Reports. The suit, filed in the Austin division of the United States District Court for the Western District of Texas, accuses the company of placing some of its Texas customers on a “suckers list” and charging them higher premiums “based on Allstate’s secret, purely internal projection of whether and how much each policyholder is willing to tolerate being charged and still remain an Allstate customer.”

“There is no merit to this complaint,” Allstate spokesperson Roberto DeLeon told The Markup in an email shortly after the suit was filed. “We pair quality, customized coverage with great savings and reward long-term customers for their loyalty.”

The lawsuit is ongoing.