Bulls show no mercy with easy win against Lakers (Los Angeles, California) – The Chicago Bulls took the momentum from Sunday’s game to the court against the Lakers and had a better game all-around. The Bulls started aggressive in the 1st quarter with Zach LaVine hitting the first couple shots of the night with 2 consecutive 3-pointers in the first minute. The Bulls continued with their momentum by hitting 5 out of the 8 shots taken outside the arc along with many successful shots taken inside the paint. The Bulls were able to take a slight lead over the Lakers, scoring 33 points in the 1st quarter compared to the Lakers, who scored 25 points. In the 2nd quarter, the Bulls turned up the heat with Russell Westbrook throwing a lazy pass that was snagged by DeMar DeRozan for the easy drive up to the rim for the slam dunk. The Bulls once again made 5 out of 8 3-point shots in the 2nd quarter. The Bulls were able to slightly extend the lead over the Lakers by scoring 24 points to the Lakers 23 points. By the half the Lakers trailed the Bulls 57-48.

In the 3rd quarter, the Bulls did not slow down with Zach LaVine making an-across-the court pass to Lonzo Ball past all the defenders for the easy layup. The Bulls struggled past the arc with only hitting 2 shots, both made by Lonzo Ball, out of eight 3-point shots. They made up for it on the shots made in the paint. The Bulls kept the Lakers from scoring points and didn’t let them score a single 3-pointer. The Bulls showed no remorse in the 3rd, scoring 37 points while the Lakers scored 25 points. The Bulls had extended the lead over the Lakers to 94-73 by the end of the 3rd. In the final quarter of the game, the Bulls kept the pressure on the Lakers, only allowing them to score two 3-pointers in the 4th quarter while the Bulls hit 4 out of nine 3-point shots. The Bulls scored 27 points while the Lakers scored 30. The Bulls beat the Lakers 121-103.

Game Leaders were DeMar DeRozan with a season point record of 38 points along with Lonzo Ball handing out 8 assists. Tony Bradley also was very involved in the defense and was able to snag 9 rebounds. Alex Caruso was an aggressive player tonight with getting 2 steals while DeRozan got a block. The Bulls made 55.1% of their collective shots along with making 44.1% of every 3-point shot.

Bulls show no mercy with easy win against Lakers 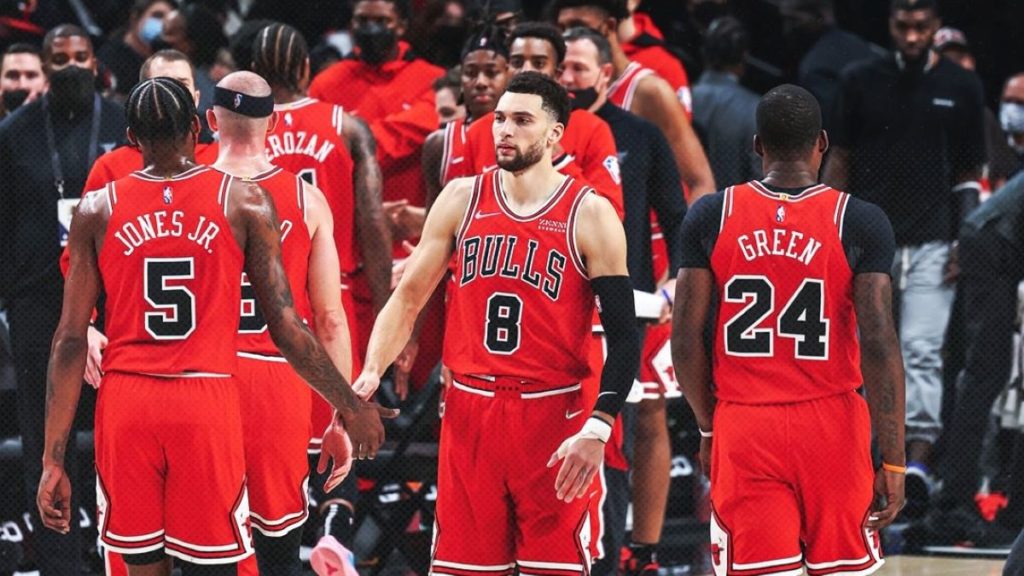 By the half, the Trail Blazers were trailing the Bulls 63-48. 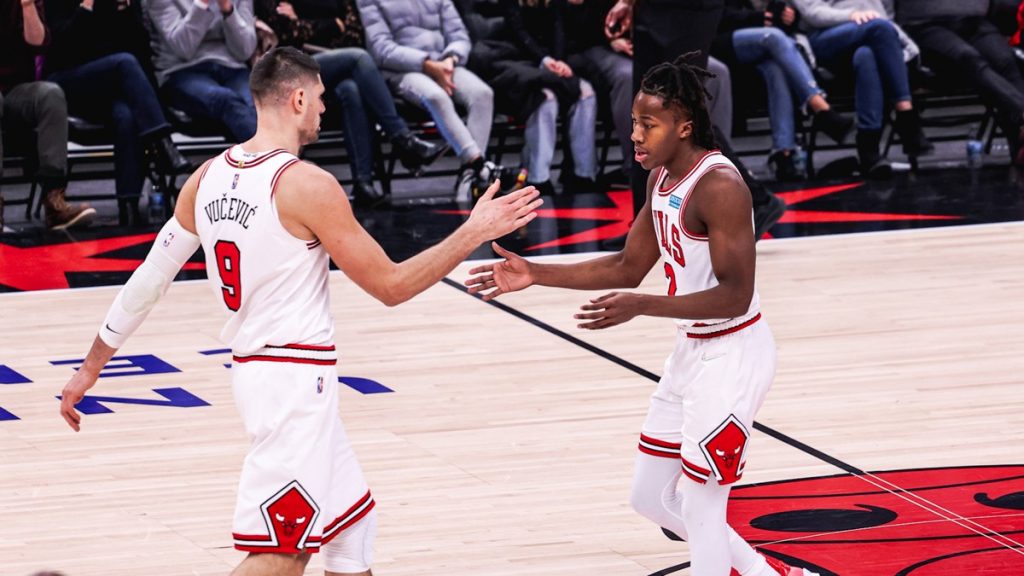 Going into the final quarter, the Bulls had the lead with the score at 104 -92.

Bulls show no mercy with easy win against Lakers