Bulls Lose to the 76ers at the United Center (Chicago, IL) — The 76ers found quick traction in the 1st quarter, finding multiple holes in the Bulls’ defense. The Bulls were able to keep up on the offensive side by being consistent in the paint. The Bulls struggled in their shots from range, making only 2 out of 7 three-pointers. The Bulls couldn’t seem to stop the 76ers from range. The 76ers made 5 out of 9 shots outside the arc and took the lead in the 1st quarter by scoring 34. The Bulls scored 26 points in the 1st and were ready for the 2nd quarter. In the 2nd quarter, the Bulls were extremely competitive in the paint, making countless shots at the rim. The Bulls did make 1 out of 5 shots from outside the arc but still couldn’t seem to find traction on offense, but their defense was heating up. The Bulls held the 76ers to 27 points, however the Bulls only managed to score 26. By the half, the Bulls trailed the 76ers 61 – 52.

Game Leaders were DeMar DeRozan with 45 points, 7 assists, and 9 rebounds. Javonte Green had 1 steal and 2 blocks. The Bulls made 48.1% of their collective shots and 26.9% of every 3-point shot. 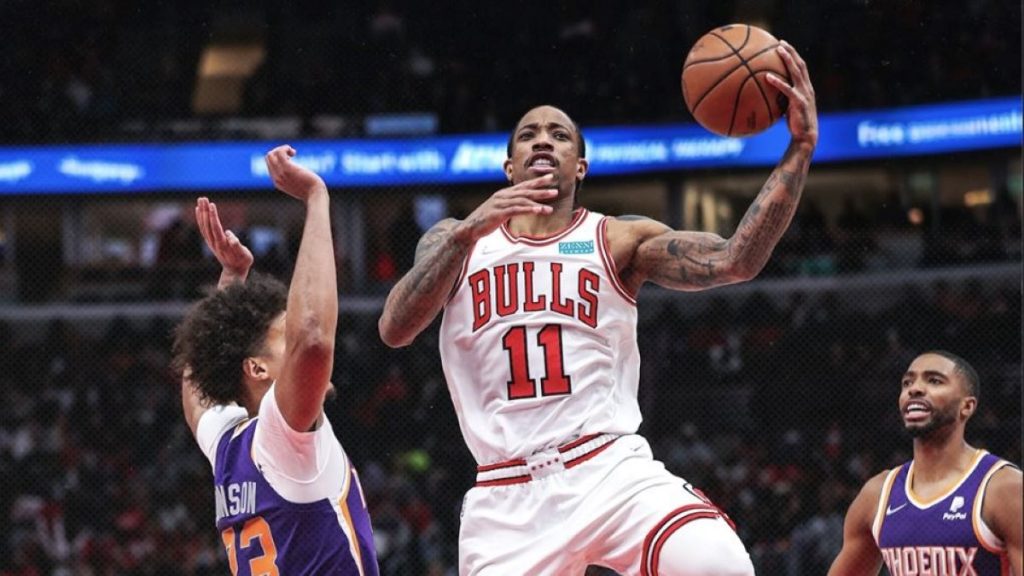 The Bulls put up an incredible fight, scoring 41 points in the 4th while holding the Suns to 25 points.

Bulls Lose to the 76ers at the United Center