Bulls gave Chicago a show against the Nuggets (Chicago, Illinois) – The Bulls had a rough start to the very long game against the Nuggets tonight. During the first quarter, we saw a very wide variety of shots and inconsistency throughout the whole court by the Bulls. The Bulls made 2 out of 11 shots outside the arc and 2 out of 5 shots taken up at the rim. By the end of the 1st the Bulls trailed the Nuggets 27 – 18. In the 2nd quarter, the Bulls took to the court with some fire. The Bulls attacked the 2nd quarter with aggression when Zach LaVine made a break for the rim and broke through 2 defenders to make the shot right under the rim. The Bulls made 3 out of 7 three-pointers and were more consistent in the paint. The Bulls had scored 28 points while the Nuggets scored 22. By the half, the Bulls caught up to the Nuggets and it was a close game with the score at 49 – 46 Nuggets.

In the 3rd quarter, the Bulls were cranking out shots, making 5 out of 11 shots outside the arc and were very consistent at the rim. Ayo Dosunmu was able to snag a steal and make a run for the rim for the slam dunk over his chasing defender. In the 3rd quarter, the Bulls made major moves for the lead, scoring 31 points while holding the Nuggets to 22 points.  The Bulls took the lead in the 3rd with the score at 77–71. In the 4th and final quarter, the Bulls were not satisfied with their lead, so they pushed onward, making 3 out 6, three-pointers. The Bulls were also a force to be reckoned with at the rim. Ayo Dosunmu was able to find a break down the court and lobbed it up to Lonzo Ball for the slam dunk. The Bulls scored 32 points while the Nuggets scored 26 points. The Bulls beat the Nuggets 109–97.

Game Leaders were Zach LaVine with 32 points and 8 assists. On the defensive side, Nikola Vucevic was able to snag 10 rebounds while Lonzo Ball also was able to get 4 blocks.  The Bulls made 45.1% of their collective shots and 37.1% of every 3-point shot.

Bulls gave Chicago a show against the Nuggets 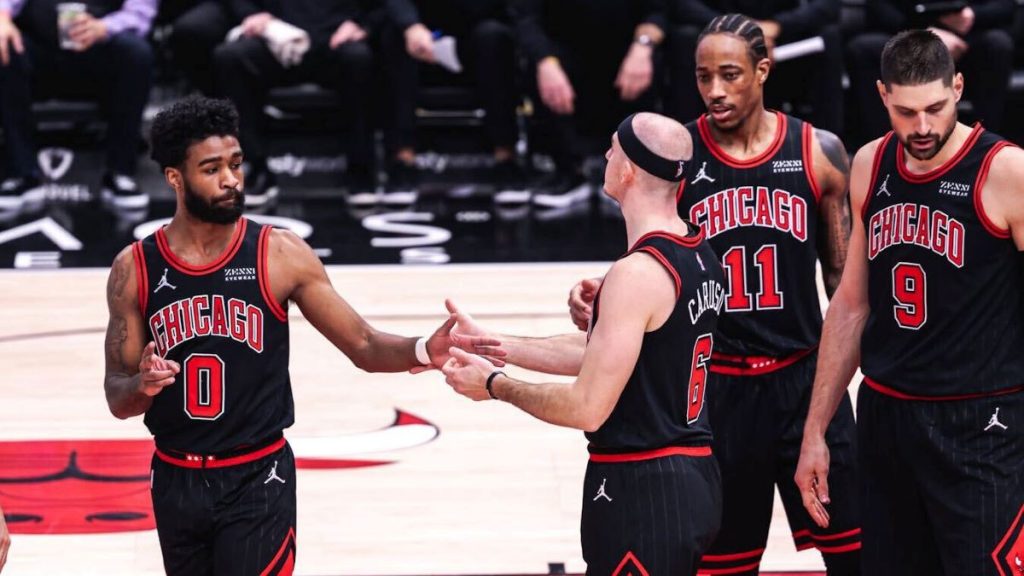 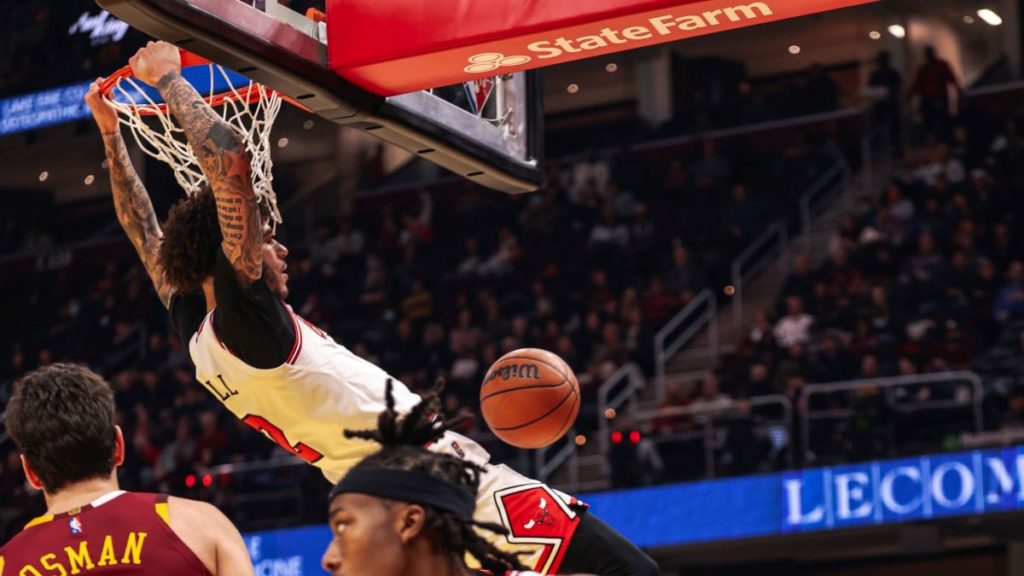 In the 2nd quarter, the Bulls struggled to hold on to the ball long enough to find an open shot.

Bulls gave Chicago a show against the Nuggets