Bulls fall short of victory against the Cavaliers (Cleveland, Ohio) – The Bulls were off to a great start in Cleveland. In the 1st quarter, the visiting Bulls made 4 out of 8 shots taken outside the arc. The Bulls were also very consistent at the rim with Zach LaVine making a driving play to the rim to body his surprised defender for the 2-point layup. The Bulls scored 24 points in the first while the Cavaliers scored 29. In the 2nd quarter, the Bulls struggled from range with only making 1 out of six 3-pointers along with missing an irresponsible amount of shots from inside the paint. The Bulls saw their worst quarter, struggling to hold on to the ball long enough to find an open shot. They were only able to secure 19 while the Cavaliers scored 23. By the end of the 2nd quarter, the Bulls trailed the Cavaliers 52 – 43.

In the 3rd quarter, the Bulls showed a little more consistency, making 3 out of 9 shots outside the arc, but continued to struggle inside the paint. This resulted in multiple fouls this quarter. The Bulls turned up the heat, however, when Lonzo Ball hit a 3-pointer and received a foul free throw to secure the 4-point play. The Bulls scored 23 points while the Cavaliers went on to score 30 points. The Cavaliers pulled away with the score at 82-66.  In the final quarter, the Bulls had some catching up to do but struggled to find traction. The Bulls kept their shots close and tight with shooting — and missing — 3 long shots outside the arc. The Bulls, however, did not miss a single shot at or around the rim the entire quarter. The close shots weren’t enough in the final quarter with the Cavaliers scoring 33 points while the Bulls scored 26.  The Cavaliers beat the Bulls 115 – 92.

Game Leaders were Zach LaVine with 23 points along with handing out 9 assists. On the defensive side, Nikola Vucevic was able to snag 12 rebounds and 2 blocks. Lonzo Ball was also aggressive on the defense and was able to get 3 steals. The Bulls made 41.7% of their collective shots and 26.9% of every 3-point shot.

Bulls fall short of victory against the Cavaliers 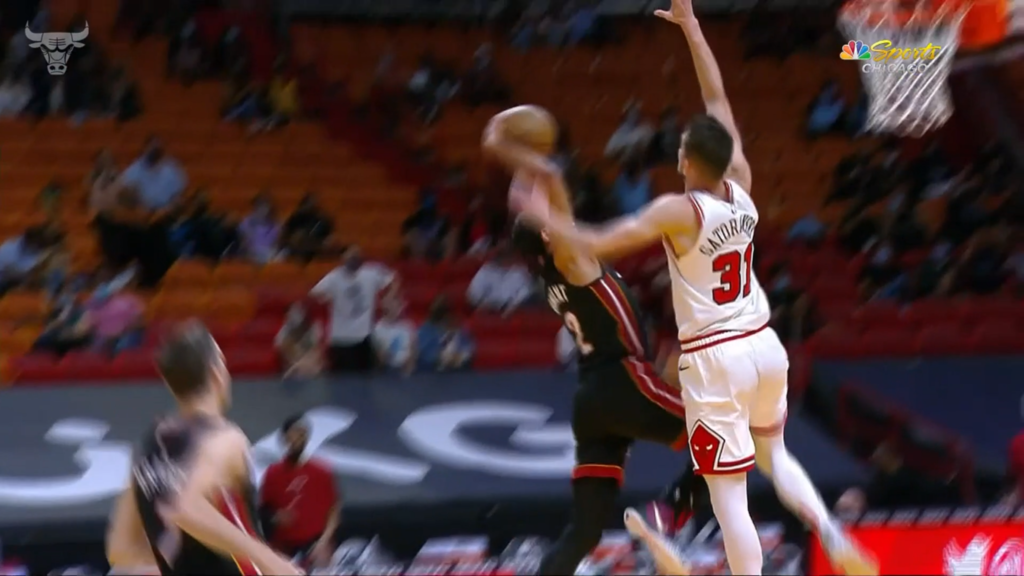 Bulls fall short of victory against the Cavaliers