The ceremony was designed to express reverence the for victims and gratitude for the first responders who sacrifice so much in service to others. Mayor David Gonzalez and members of his staff were in attendance, along with members of the Chicago Heights police department. Bloom Township School District Superintendent, Lenell Navarre, Ed.D and members of the Board of Education were present, as well.

The NJROTC Color Guard opened the ceremony and were immediately followed by remarks from Superintendent Navarre. The Keynote Speaker for the event was the Cadet Lt. Commander for the NJROTC for Bloom High School. The students then placed a beautiful memorial wreath in front of the American flag, which was flying at half mast.

The cadets also presented the School Board with a framed American Flag that was composed of the names of all of the 2,977 victims from the 9/11 terrorist attacks.  The ceremony concluded with touching final remarks from Bloom Principal, Dr. Jerry Anderson, Ph.D. 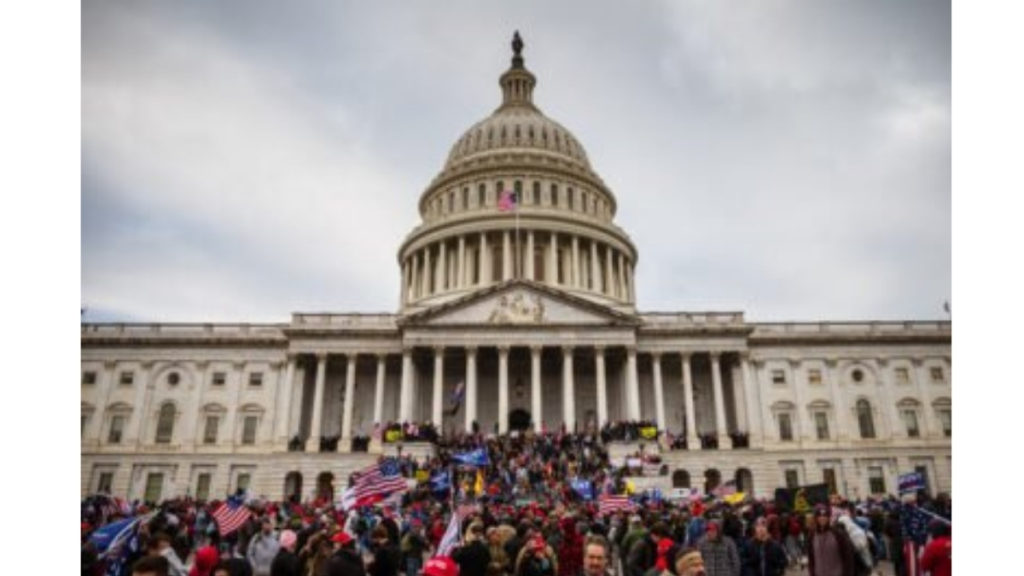 6 Questions Officials Still Haven’t Answered After Weeks of Hearings on the Capitol Attack (Washington DC) – After two weeks of congressional hearings, it remains unclear how a rampaging mob of rioters managed to breach one of the most sacred bastions of American democracy on Jan. 6.