In the bottom of the 7th inning White Sox pitcher Aaron Bummer relieved Giolito after 91 pitches.  Bummer then walked both Brewers batters, Willy Adams and Christian Yelich. After Yelich’s walk, Brewer’s batter Avisail Garcia grounded an out and an RBI that slightly extended the lead over the White Sox.  Soon after Bummer was taken off the mound and replaced with White Sox pitcher Ryan Burr.  Burr then walked both Brewers batters, Luis Urias and Tellez which resulted in walking in Willy Adames for another run.  White Sox manager Toney La Russa was ejected by the Homeplate umpire right after for disagreeing with the umpire’s call.  After La Russa was ejected and with bases loaded, Brewer’s batter Tyrone Taylor hit a grand slam to left field that brought the score to 7-0.  In the top of the 8th White Sox shortstop Tim Anderson was ejected from the game by the Homeplate umpire.  White Sox batter Andrew Vaughn then crushed a solo homer to center field.  In the bottom of that inning, White Sox pitcher Reynaldo Lopez replaced Burr at the mound.  In the top of the 9th White Sox batters Adam Engel and Zach Collins both grounded out and Jake Burger struck out swinging.  The Brewers beat the White Sox 7-1. 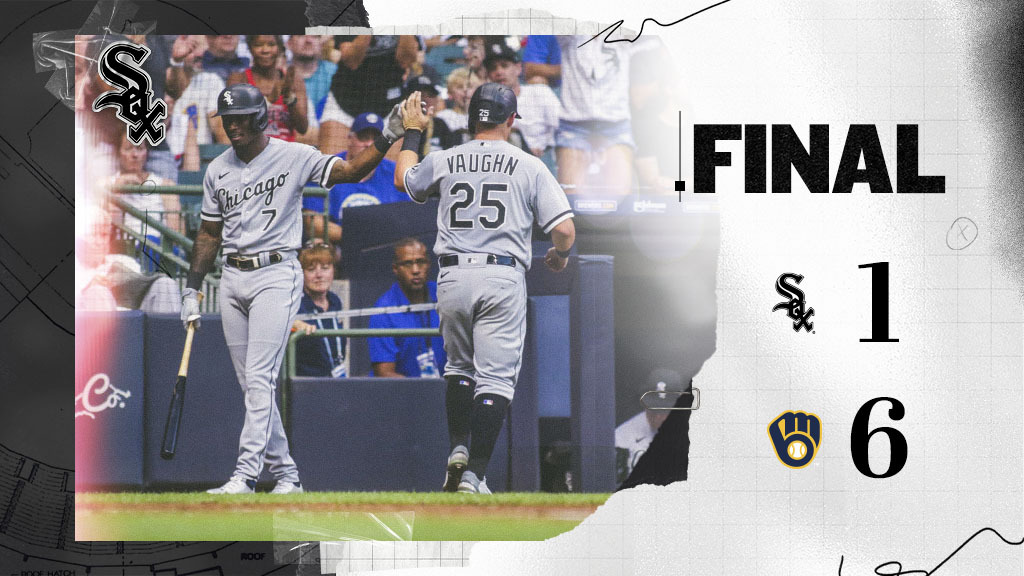