White Sox lose second game of the series against Brewers (Milwaukee, Wisconsin) – In the second game of the series against the Brewers, the White Sox started with Sox pitcher Carlos Rodon on the mound in the bottom of the 1st.  The first pitch he threw was rocketed to right field for a solo home run by Brewer’s batter Kolten Wong.  The Brewers were leading 1-0 at the end of the 1st inning.  At the bottom of the 2nd, Brewers batter Tyrone Taylor hit a ball to center field for a solo homer that extended the Brewers lead 2-0.  In the bottom of the 4th inning, Brewers batter Rowdy Tellez reached on a fielder’s choice that brought the score to 3-0 Brewers.  Rodon walked batters Manny Pina and Willy Adames.  Adames’ walk resulting in an RBI, and at the end of the 4th inning, the score was 4-0 Brewers.

In the top of the 5th, White Sox batters Yoan Moncada, Andrew Vaughn, and Brian Goodwin all singled for bases loaded.  White Sox batter Zach Collins was walked to cement the White Sox first point.  With bases still loaded, White Sox batter Jake Burgers took the plate and struck out. The final out of the inning was by Sox next at bat, Tim Anderson, who flied out.  In bottom of the 5th, White Sox pitcher Jose Ruiz relieved Rodon after 79 pitches.  Going into the 6th inning, the score was 4-1 Brewers.  In the bottom of the 6th, Ruiz threw a pitch to Tellez who homered the ball to center field.  White Sox pitcher Danny Mendick replaced Ruiz in the bottom of the 7th inning.  In the bottom of the 8th, Tellez hit his second solo home run of the night and brought the score to 6-1 Brewers.  In the top of the 9th inning, Brewers pitcher Miguel Sanchez closed the game with a strikeout, groundout, and lineout.  The White Sox lost the second game of the series against the Brewers with a score of 6-1.

White Sox lose second game of the series against Brewers 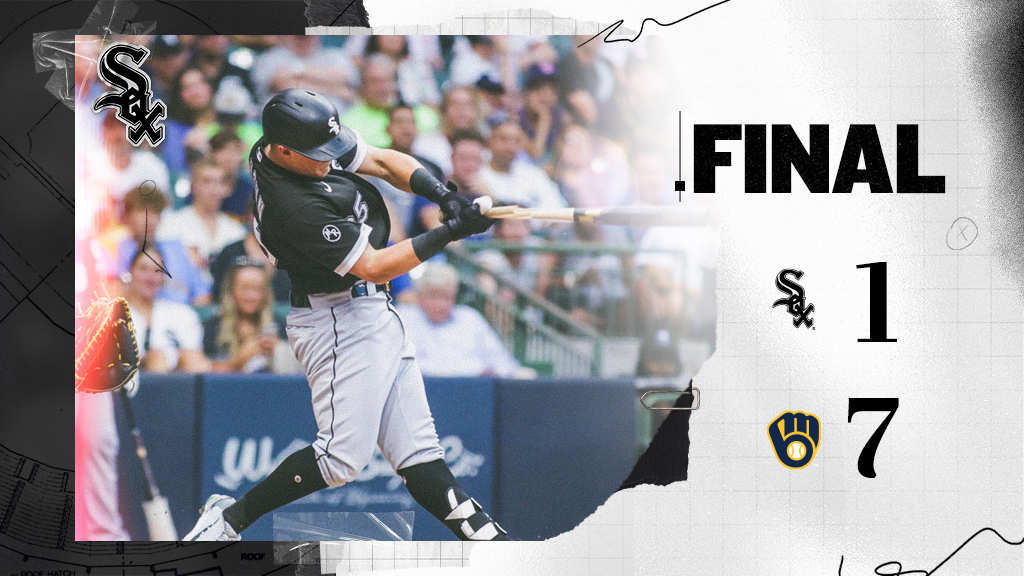 White Sox take a hard beating in Wisconsin (Milwaukee, Wisconsin) – The White Sox were given a day to travel and rest up for the Brewers game in Milwaukee and brought out Lucas Giolito to throw out the first pitch.

White Sox lose second game of the series against Brewers