White Sox Even Series with Royals as Bats Come Alive (Kansas City, Missouri) – In the second game of the weekend series against the Royals, the Sox started strong in the first inning on a monster solo homerun by Luis Robert, which was quickly followed up by a 2-run blast by Yasmani Grandal as the Sox jumped out to a 3-0 lead. The second inning was scoreless, but in the top of the 3rd, the Sox took advantage of a walk, a Royal throwing error, a timely hit by Yasmani Grandal, and a sacrifice fly by Leury Garcia to extend the Sox lead to 6-0. But in the bottom of the 3rd, Sox starter Reynaldo Lopez gave up a hit, a RBI, and then a homerun to give the Royals some momentum and cut the Sox lead in half to 6-3.

But the Sox retaliated in the top of the 4th inning on a Jose Abreu line drive to center, which drove in Danny Mendick. A sacrifice fly by Yasmani Grandal completed the scoring for the inning which extended the Sox lead to 8-3. In the 5th inning, Romy Gonzalez added a run on an RBI line drive to centerfield which made the score 9-3.

In the bottom of the 5th, Michael Kopech came in to pitch for the Sox and gave up a homerun with two runners on base to cut the Sox lead down to 9-6. In the bottom of the 6th inning, the Royals got ahold of another Kopech fastball for a solo home run, which cut the Sox lead to 9-7. The Sox were able to add a run in the 8th when Andrew Vaughn hit a well-placed single to shallow right and bring in Jose Abreu. The Sox entered the 9th inning leading 10-7. The Sox turned to ace reliever, Liam Hendriks, to close out the game which he did as he was aided by some great defense by Sox third basemen Leury Garcia, who snatched a laser out of the air to end the game. The rubber match of this series will be played tomorrow morning in Kansas City.

The White Sox will be in Kansas City to face the Royals on Sunday, September 3rd at 11:10am CST.

White Sox Even Series with Royals as Bats Come Alive 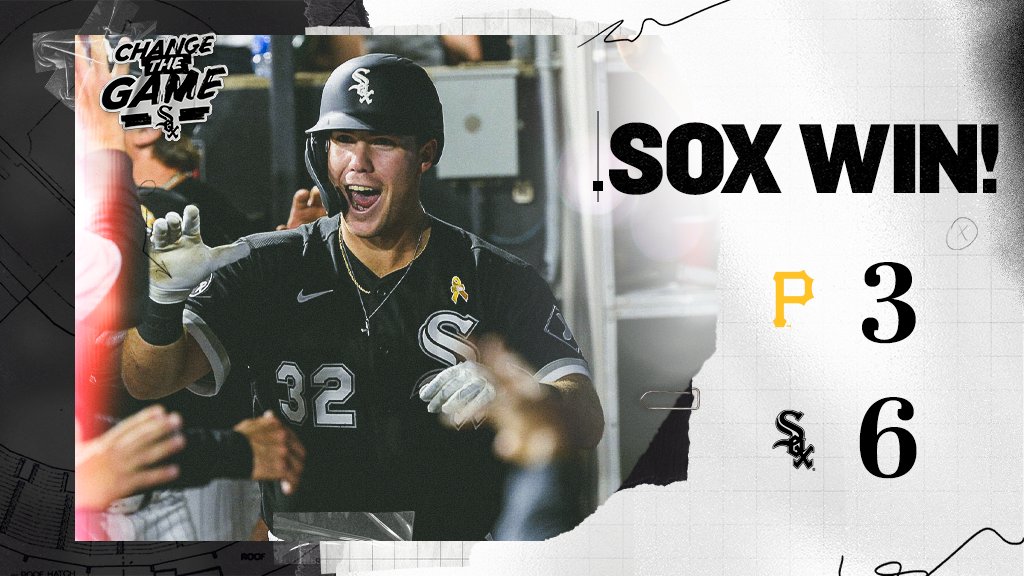 White Sox Sweep Pirates on Stellar Effort by Gavin Sheets (Chicago, Illinois) – In the second game of a two-game series with the Pirates, the Sox started Carlos Rodon at the mound on a crisp cool Chicago night.

White Sox Even Series with Royals as Bats Come Alive