The Wall That Heals Vietnam Wall Replica Opens with Heartfelt Ceremony (Chicago Heights, IL) — The Wall That Heals arrived in Bloom Township on Tuesday with a motorcade escort. The escort, consisting of several municipal police and fire personnel, veterans, and area leaders, took off from Bethel Church in Lansing and made their way to Marian Catholic High School in Chicago Heights, where it is now on display 24/7 until the closing ceremony on Sunday. More information regarding the escort on Tuesday can be found by clicking here.

Chicago Heights Mayor David Gonzalez could not attend, however his wife Carmen Sendejas delivered a heartfelt speech in his stead. “This memorial wall is a somber reminder. It honors over 3 million Americans who served in the armed forces during the Vietnam War. It carries the names of over 58,000 service members who were killed during this war…. each name on this wall represents the ultimate sacrifice of the men and women who did what our country asked of them, and more. Who died to preserve our way of life, and that of our future generations,” said Carmen. “There a saying that a man does not die until he is forgotten. The Vietnam Memorial Wall That Heals is a monument to ensure that we will never forget.”

Vietnam War Veteran and retired Cook County Circuit Court Judge Reginald Baker also spoke at the opening ceremony. He shared a story about his service during the Vietnam War, and losing a friend. Later, when the memorial was built, he traveled to Washington DC to go see it with his family. “The names are not in alphabetical order,” he said of the memorial. “They are chronological…I found my friend’s name, then noticed that I recognized eight names around it.” He nearly wept recalling the morning after the battle when he had to step around the bodies of those men. He went on to urge unity, saying, “There is no color or political party in a foxhole.”

The conclusion of the ceremony included a wreath laying by Commissioner Donna Miller, a presentation of the color guard, and a gun salute by three veterans. 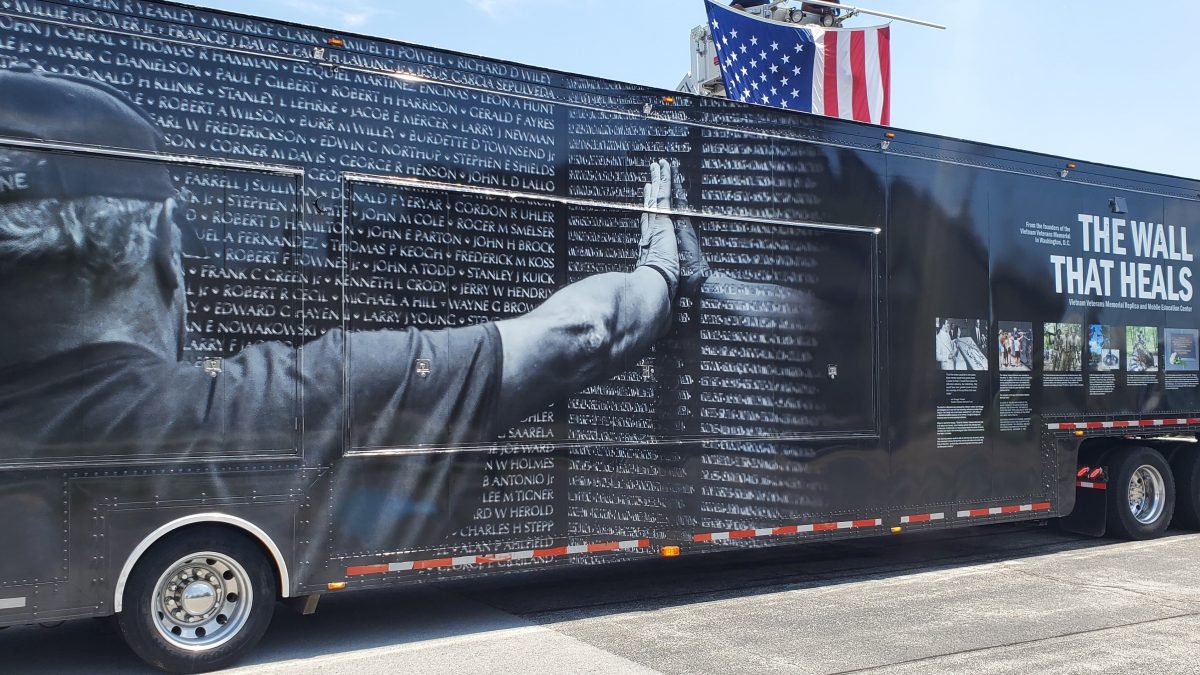