The Bears led 7-0 after quarter one.

The Packers scored ten points in the second quarter, a one yard touchdown pass from Rodgers to Allen Lazard and a thirty-nine yard field goal by Mason Crosby.

Green Bay scored seventeen unanswered and took complete control of the game until Fields found receiver Darnell Mooney for a twelve yard score in the fourth quarter.  This was Mooney’s first touchdown of the season.  Chicago cut the lead to 17-14.  However Aaron Rodgers would not be denied, as he led the packers on a seven play seventy-five yard drive resulting in a six yard running touchdown for the reigning MVP.  This would all but seal the victory for Green Bay.  On the ensuing Bears possession nose tackle Kenny Clark sacked Justin Fields on third and fifteen with under three minutes left in regulation setting up fourth and twenty-six for the Bears.  Chicago would turn the ball over on downs.

Fields finished 16/27 for 174 yards, a touchdown and an interception.  Rookie running back Khalil Herbert who is filling in for injured starting running back David Montgomery, had an impressive outing with 19 carries for 97 yards and a touchdown.

Rodgers was 17/23 for 195, two touchdowns and rushed for one.  Aaron Jones had 13 carries for 76 yards, and AJ Dillion contributed with 11 touches for 59 yards. Jones also caught 4 balls for 34 yards and a touchdown.  Davante Adams led the receiving core with 4 receptions and 89 yards.

Chicago will travel to Tampa next weekend to face Tom Brady and 5-1 Buccaneers. 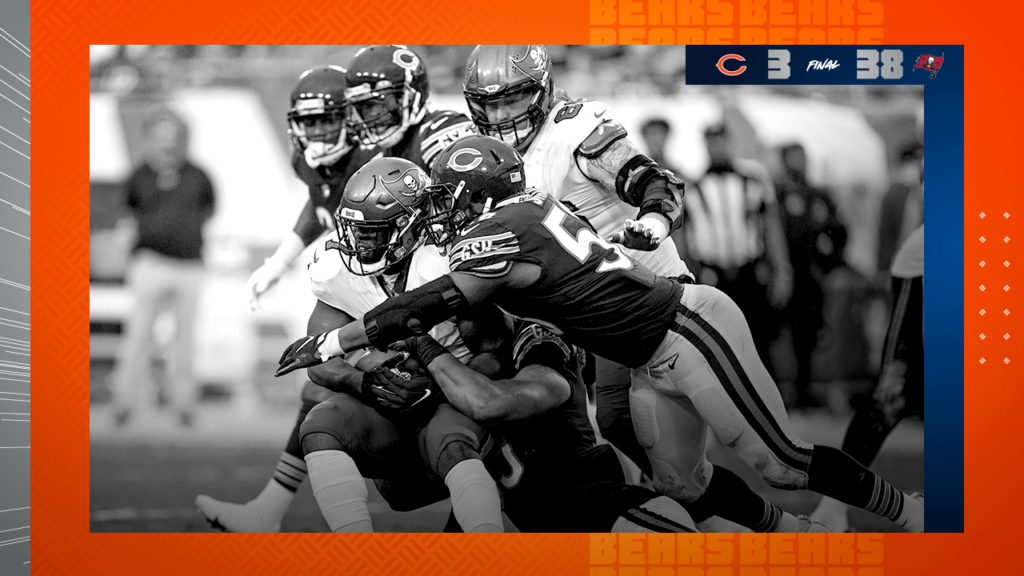