Pritzker has ‘no plans’ for added mitigations; ‘local control’ is focus of new school guidelines (Springfield, IL) – The wide availability of COVID-19 vaccines has changed the state’s approach for mitigating the virus’ spread statewide and in schools.

For school districts, that means suggested rather than required guidance, with an emphasis on local control in imposing mitigations.

For the governor’s office, that means there are “no plans” to reinstate some of the mitigation measures and economic shutdowns that were commonplace earlier in the pandemic.

“Restore Illinois mitigations that were enacted during the height of the pandemic allowed for safe and proven infection prevention measures since no vaccine was available,” a spokesperson for the governor’s office said in an email Friday. “Currently there is no plan to implement any additional mitigations now that there is an abundance of vaccine available and accessible across Illinois. We encourage all Illinoisans ages 12+ to get vaccinated as soon as possible.”

Previously, if a region had a positivity rate of 8 percent or higher for three days, the governor’s office and Illinois Department of Public Health had a menu of mitigations they could put in place, such as closure of indoor dinning and capacity restrictions at businesses. But, because of the vaccine’s availability, those options aren’t currently on the table, even as positivity rates rise in some areas and a more contagious variant of the virus spreads.

The state’s guidance currently “recommends” face coverings in public indoor places for those who are unvaccinated, while masks are required on public transportation and in medical facilities.

The “recommended” masking guidance will be the same for schools after the state fully adopted U.S. Centers for Disease Control and Prevention guidance last week. Schools are also encouraged to maintain three feet of distance between each student.

“Pursuant to CDC guidance, Illinois school districts have local control over how they should work with local public health officials to determine the prevention strategies needed in their area by monitoring levels of community transmission and local vaccine coverage, and using screening testing to detect cases in K-12 schools,” an Illinois State Board of Education spokesperson said in an email Thursday.

In accordance with other CDC guidelines, masks will still be required for all passengers on school buses, regardless of the school’s mask policies.

Otherwise, districts are encouraged to take a “layered” mitigation approach, accompanying masking and distancing with “screening testing, cohorting, improved ventilation, handwashing and covering coughs and sneezes, staying home when sick with symptoms of infectious illness including COVID-19, and regular cleaning,” according to the CDC.

The guidance also recommends that if school administrators remove any prevention strategies based on local conditions, they should do so “one at a time and monitor closely (with adequate testing through the school and/or community) for any increases in COVID-19 cases.”

Free testing programs are available to Illinois schools through IDPH, while districts can also use federal Elementary and Secondary School Emergency Relief funding for screening testing as well, according to ISBE.

Operationally, ISBE has regulatory authority to reduce the recognition status of any school district exhibiting “deficiencies that present a health hazard or a danger to students or staff,” pursuant to state law, according to the spokesperson. But the state board is not invoking that authority.

“ISBE is not currently taking any recognition action against any school districts. We will continue to support school districts in aligning with the new CDC guidance,” the spokesperson said.

“All our students deserve to return safely in-person to schools this fall,” Ayala said in a news release. “With vaccination rates continually rising and unprecedented federal funding to support safe in-person learning, and mitigations such as contact tracing and increased ventilation in place in schools, we are fully confident in the safety of in-person learning this fall.”

Districts should also promote vaccination, which is “currently the leading public health prevention strategy to end the COVID-19 pandemic,” according to the guidance.

Currently, only one of three vaccines being administered in the U.S. is approved for use in children – the two-dose Pfizer-BioNTech vaccine which has been approved for those 12 and older.

According to IDPH, approximately 55 percent of Illinoisans 12 and older had been fully vaccinated against COVID-19 as of Friday, while 71 percent have received at least one dose.

The vaccination pace in Illinois has slowed, however, as the state averaged 21,217 doses per day over the previous seven days as of Friday, down from an April peak of more than 130,000 on average. About half of the state’s population was fully vaccinated as of Friday, but positivity rates were on the rise as well.

The seven-day average case positivity rate was 1.9 percent Friday, tripling its 0.6 percent rate seen as recently as June 26. The Metro East area near the St. Louis border, however, had a seven-day average test positivity rate of 7.6 percent as of the latest data reported Friday, while Region 3’s rate in west central Illinois was 5.3 percent and Region 5’s in southern Illinois was 6.1 percent. The other regions were at about 2 percent or lower.

IDPH maintains a website that tracks county-level metrics through which schools can monitor community spread based on test positivity rates, new cases per 100,000, youth case increases and other metrics. It measures risks based on scale of minimal to moderate to substantial.

Pritzker has ‘no plans’ for added mitigations; ‘local control’ is focus of new school guidelines 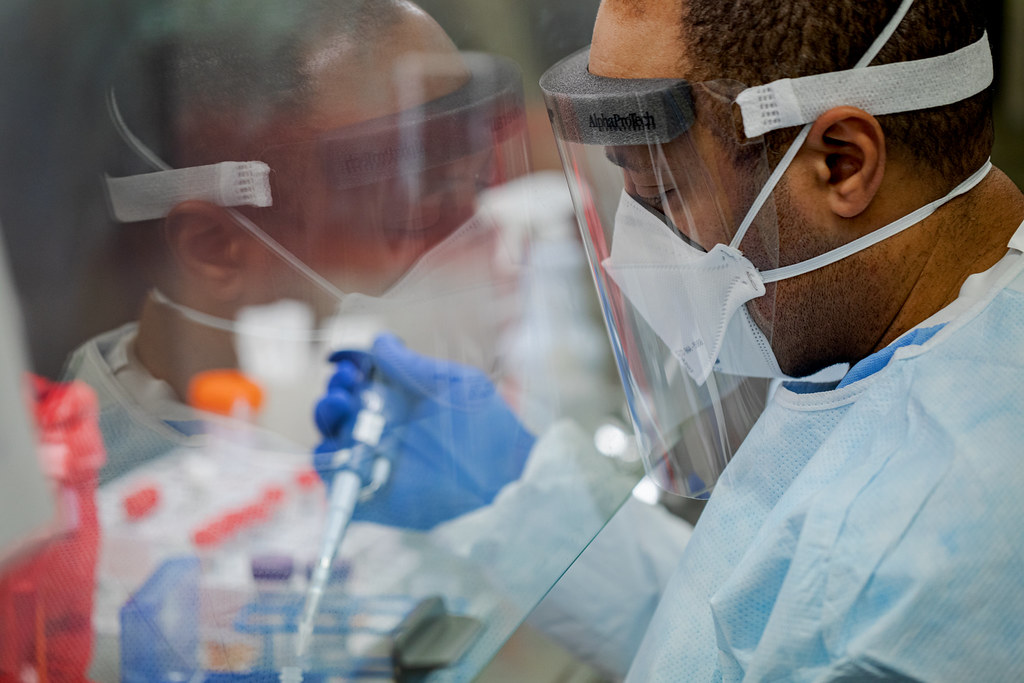 The CDC Only Tracks a Fraction of Breakthrough COVID-19 Infections, Even as Cases Surge – Meggan Ingram was fully vaccinated when she tested positive for COVID-19 early this month. The 37-year-old’s fever had spiked to 103 and her breath was coming in ragged bursts when an ambulance rushed her to an emergency room in Pasco, Washington, on Aug. 10.

Pritzker has ‘no plans’ for added mitigations; ‘local control’ is focus of new school guidelines