Knicks take the Bulls undefeated record in close game (Chicago, Illinois) – Tonight, the Bulls traveled back home to the United Center to face the Knicks. The Bulls and Knicks were fighting throughout much of the game to maintain a point lead. Zach LaVine had a fast break and spun off Knicks player Kemba Walker for a dunk and for the Bulls to take the lead in the 1st quarter. The Bulls offense was only able to score 25 points in the 1st quarter against the Knicks 27 points. In the 2nd quarter, Bulls players Zach LaVine and Lonzo Ball both sniped a 3 pointer. Alex Caruso, on a fast break, tossed a no-look behind the back pass to LaVine for the easy alley-oop. The Bulls were able to keep the Knicks at 28 while the Bulls scored 26 points. The Bulls trailed the Knicks 55-52 by halftime.

In the 3rd quarter, the Bulls tried to shoot more 3 pointers and shot a total of 14 shots, but were only able to make 4 of them. The Bulls struggled to score from range with only scoring 22 points total, and the Knicks were able to slip past by securing 27 points by the end of the 3rd quarter. In the 4th and final quarter, the Bulls managed to keep the game competitive by constantly driving up the court. With the Bulls down 9 points, they fought their way to unfortunately have DeMar DeRozan miss the game winning buzzer. The Knicks narrowly beat the Bulls 104-103.

Game Leaders were Zach LaVine with 25 points along with Nikola Vucevic, who handed out 6 assists. On the defensive side, Nikola Vucevic was able to snag 8 rebounds. DeMar DeRozan was an aggressive player tonight with getting 2 steals while Javonte Green got 2 blocks. The Bulls made 42.9% of their collective shots along with making 34.4% of every 3-point shot. 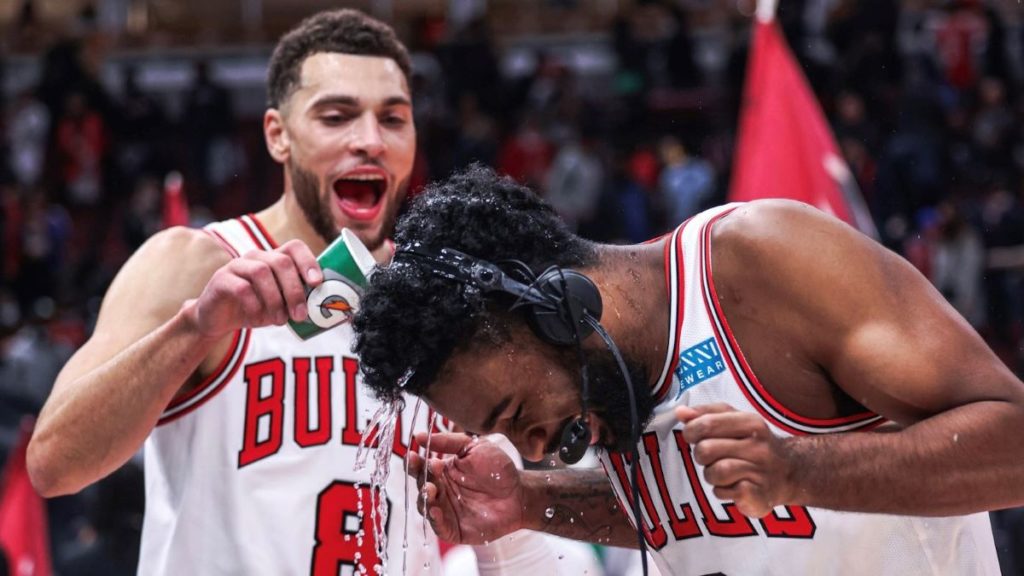