Homer Glen Residents Concerned about Replacing Open Space with High Density Housing (Homer Glen, IL) — The Village of Homer Glen held its board meeting Wednesday, April 27, 2022 at 7:00 p.m. The meeting had numerous residents in attendance to express disapproval of a Planned Unit Development (PUD) which would eliminate the dedicated open space Welter Farm.

According to a longtime resident, Welter Farm was purchased via referendum by Homer Township before Homer Glen came into existence. This move has upset some residents of the town. Homer Glen’s motto reads “Community and Nature … in Harmony,” which seems to be at odds with the proposed high density housing overtaking dedicated open space.

One resident made the following statement to much applause:

We worked long and hard to get that open space on a referendum, and it worked. We got over 200 acres of open space. … About 30% of this property is Army Corps of Engineers dedicated wetland. … It’s dedicated for open space … that was the whole idea of this. We spent a lot of money, we paid for this land, and to see it go downhill with high density housing in here, it’s embarrassing for all the people who put so many hours and so much time into getting these 200 acres.

Another resident quoted the Homer Township website which mentions the property:  “By law the purpose of Open Space is to promote preservation of the natural environment, scenic resources, geological features and historic sites.”

The next resident to speak on the subject of the Welter Farm property stated that the open space bordering his property was a huge selling point and that he thinks it’s terrible they’re going to build anything on that property.

Mayor Yukich responded to their concerns, stating that “We’re gonna do a workshop. Let’s get everyone in here, get their voices heard, find out exactly what is going on, and then go from there. … We’re not gonna drag this on.” He also told residents that if they have any questions, to take his card with his phone number, he answers it whenever it rings.

The group of concerned residents remained outside after the meeting to discuss the issue. One resident stated that there are no other PUDs with high density housing in the village, and that this would be the first.

Amendments to the Agenda 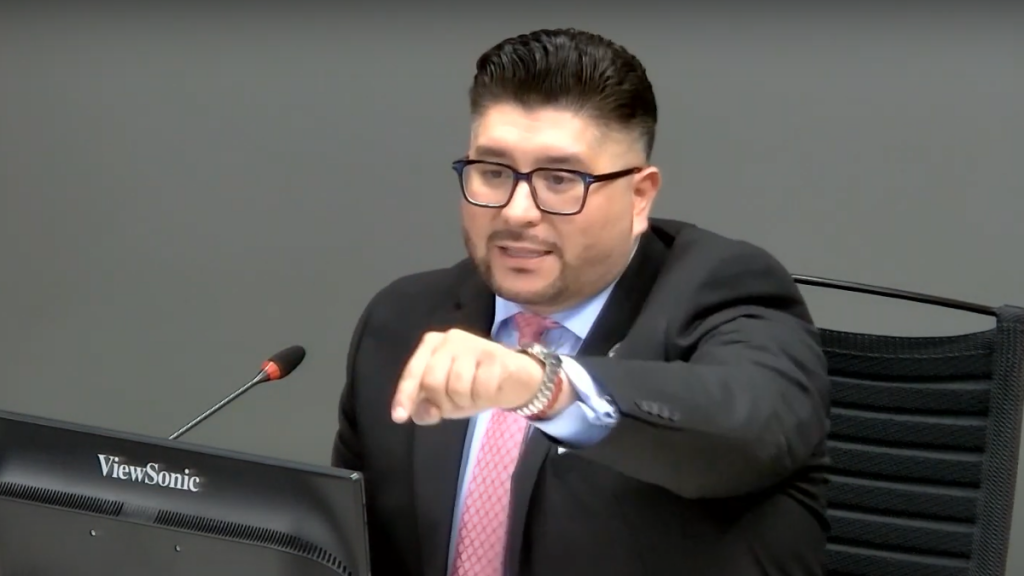 Facebook’s the devil. … Anyone can throw anything out there and see if it sticks to the wall and, if not, they try it again, but Jesus, how many times do you have to do it?