Over the weekend, we got a couple Facebook remarks and it went to my daughter, not my wife, and I kinda got beat up by Jennifer on it because the day that we had the interviews for the village manager, I came in 4 minutes late, I had pair of blue jeans on, and I had a work shirt, and my hair was messed up. 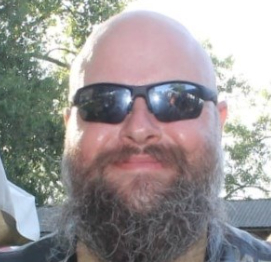 It’s something that has to be said. Over the weekend, we got a couple Facebook remarks and it went to my daughter, not my wife, and I kinda got beat up by Jennifer on it because the day that we had the interviews for the village manager, I came in 4 minutes late, I had pair of blue jeans on, and I had a work shirt, and my hair was messed up. And that was unacceptable to Jennifer because, apparently, she put that on Facebook.I’m here to represent the residents. I don’t care what I wear, I don’t think you care what I wear. If it’s windy outside, it’s gonna blow up whatever hair I have left. Things gotta change to where everyone’s beating up everybody. There is no room in this village for anyone to do it, and if it does keep on doing it, then all I’m gonna do is I’m gonna call it out to all the people each time, to make sure that they absolutely know what’s going on. To me, Facebook’s the devil. … Anyone can throw anything out there and see if it sticks to the wall and, if not, they try it again, but Jesus, how many times do you have to do it? I did make it to the meeting, I did stay for three of them, I did not stay for the last one because I already knew who was gonna have that position, so why would I drag him or me sit here? I’ve known him for years and years and years, and never said a boo to him.We gotta start doing something, because even that, it got out to the street that we had already picked a village manager. That shouldn’t happen. … So some of the people that did come in for an interview, they did have everything they need, but I sat down with a few people, talked about it, and Carmen I sat down with and I liked him. We can’t beat him up because someone put him in that position, but what I’m really mad about is no one’s given him any help. He has to go over with the staff and get the answers that he needs, and I’m happy you’re doing that, but now we’re 12 days into working with Carmen and he still doesn’t have any help. I think that’s absolutely terrible. It makes him look bad, which he’s working, he’s trying the best he possibly can to get this thing done. So I would say if we don’t start working as a team, you’re gonna have nothing but destruction here. The residents that I’ve talked to are not happy with what we’re doing right now and I think we have to change it pretty quick and, like I said, from this day on, I’m calling out … anything that’s stupid, I’m calling it out. Even if it’s on me. … I would like to see something change. We’re almost into a year of your term for the new people, and I don’t think you want to go into this, doing the same thing in the next one. So I would say that some of us have to grow up, some of us have to shut up, some of us have to think about what they’re going to say before they say it, and I think we need to give Carmen all the help we possibly can. And that’s all I have to say. You can clap.

At which point nobody clapped.

Can I say something, sir? I completely agree that this whole board has to work together because our interests are the Village of Homer Glen, this is why we ran. I do not believe that there’s absolutely anybody sitting at this dais that is up to anything malicious or wants to see Homer Glen fail.I do understand that things are going out on social media, but I’ll be honest with you:  If there are certain people saying what they have to say, they say it themselves, they stamp their name on it and they put it out there, which is very admirable. If they don’t agree with something, they say it, and I don’t think there’s anything wrong with that. That’s better than having somebody else putting your dirty laundry out for you and saying things on your behalf, to be honest. So to persecute people for what they honestly believe in their heart, I think is wrong and shame on those people. I think that if there’s something to be said, something to be discussed, it should be discussed on this dais, that I agree. But sometimes, it’s not easy because people are persecuted and, yeah, there are keyboard warriors out there, but I will tell you one thing, and I believe it of you, I believe it Jennifer, Rosie, Dan, there’s nobody here, sitting, that doesn’t want to see Homer Glen excel.So yes, you are right, we have to work together, we gotta put stuff out there for the people because that’s why they put us in this seat. So if you are saying yes, you will work with everybody on this board to get things done right for the people, my ears are open, my doors are open.I have never received one phone call from you saying “You know what, let’s work on something,” and I’m not sure if you’ve reached out to anybody else but, okay, let’s bury the hatchet now. Let’s spread that news and that good vibration, and if you want to do positive things with everybody, let’s do it. It’s very easy to sit from there and talk about stuff that you read negative online, well then pull the person aside and say “Hey, you know what, let’s work together. I’m sick and tired of this.”Our first meeting that I remember, when they won office, the first meeting was “you are gonna have a hell of a first two years here.” That came from your mouth. You did not shake anybody’s hand when they came up and they were elected, sworn in by a judge. You sat in that chair, you looked down, and you nodded your head. To me, that’s not a way to start a board.I’m sorry, but you know what, you’re right, let’s start fresh. Let’s do things positive for those people there that put us in these chairs, because sorry to tell you, we’re not here by mistake, we didn’t pay for these seats, the people put us here. So you’re right, let’s work together. I’m open, I’m all open, let’s do it, but let’s not just say it. Let’s do it.

Mayor Yukich replied “I did tell you about a company that wants to come in here … I’ve never heard back on you and it’s a … $100 million project. Let’s sit down and talk.” Trustee Pazmino asked “You know what, will you shake my hand on it?” at which point Pazmino and Yukich shook hands to a round of applause.

When asked if he would like to make a statement regarding this meeting, Pazmino said “I feel that the mayor and I have buried the hatchet, I believe the new board is now ready to … open a whole new horizon.”

The discussions remained civil throughout this meeting, and were nowhere near as tense as the recent Tinley Park board meeting. Hopefully, this means that the board can conduct business more efficiently in the future.

Agenda item J1 included a motion to approve Ordinance No. 22-015 a request for approval of a Special Use Permit for Automobile Repair and Service for certain real property located in the C-3 General Business District at 15751 Annico Drive, Unit 3, Homer Glen, Illinois [Case No. HG-2204-SP], subject to the following conditions:

Pazmino, who is also a local business owner, asked the owner of the business if he fully understood what he was agreeing to. Pazmino feels some of what he agreed to came back to bite him.

“I just want to make sure you have the same rights as the rest of your neighbors, not just you because you’re the new guy,” said Pazmino.

Fialko made a motion to, at a minimum, remove number 3 from this motion. The property owner and the resident agreed to share the expense of screening up to $500, $250 each.

One community member stated:  “It has become very clear that many of the trustees on this board are more concerned about increasing their power and control than doing what’s best for this community.” She alleges that they hired a village manager with no municipal government experience, despite previous qualifications requiring 7-10 years’ experience. The board approved a salary of $130,000 plus benefits for this position.

Amendments to the agenda included moving item H ahead of G, removing I 4 from the agenda, sending it back to committee.