Bulls make a show in Chicago against the Mavericks (Chicago, Illinois) – After Monday’s great win against the Nets, the Bulls attempted to move that momentum into tonight game. Early in the game, Lonzo Ball drained a 3-pointer and the Bulls kept the aggression throughout the 1st quarter. The Bulls made 5 of their 8 shots outside the arc. The Mavericks, however, came up with the lead by the end of the 1st quarter with the score at 33-32. In the 2nd quarter Lonzo Ball had a break away down the court and tossed it to Zach LaVine for the 3-point shot. The Bulls made four out of nine 3-pointers and took a lead over the Mavs. The Bulls scored 29 points in the 2nd and the Mavericks scored 21. By the half, the Bulls had taken the lead with the score at 61-54.

In the 3rd quarter the Derrick Jones Jr. recovered a rebound and was caught in some traffic but managed to get it out to Alex Caruso to drain the 3-ponter. The Bulls made 4 out of the 7 shots outside the arc and as well as putting a lot of pressure at the rim. The Bulls continued to extend the lead by scoring 34 points to the Mavericks 26 points. The Bulls built a 15-point lead going into the final quarter. In the 4th, Lonzo ball whipped the ball across the court to Zach LaVine, who leaped up to make a spectacular 360-degree slam dunk. The Bulls managed to only give up 27 points while the Bulls scored 22. The Mavs only made up 5 points and the Bulls won. The Bulls beat the Mavericks 117-107.

Game Leaders were Zach LaVine with 26 points along with DeMar DeRozan handing out 6 assists. Nikola Vucevic also was very involved in the defense and was able to snag 10 rebounds. Alex Caruso was an aggressive player tonight with getting 6 steals while DeMar DeRozan got a block. The Bulls made 50.6% of their collective shots along with making 48.4% of every 3-point shot. 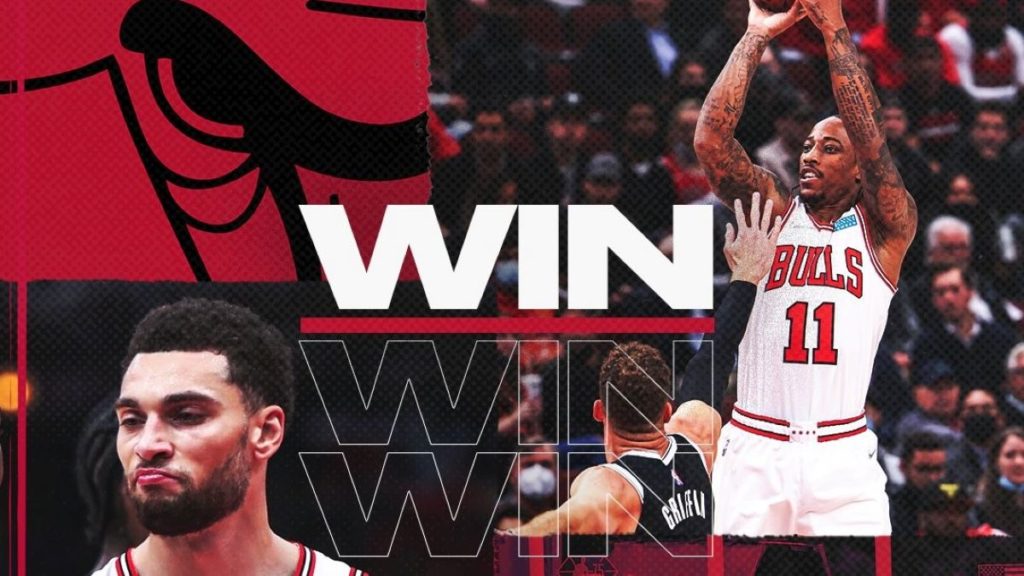 Bulls make a show in Chicago against the Mavericks