Bulls Get 1st Win of Season Despite Westbrook Triple-Double (Washington, DC) – The Washington Wizards hosted The Chicago Bulls in the nation’s capital Tuesday night. With both teams starting the season 0-3, both were desperately looking to get in the win column for the first time. The Bulls got off to a solid start putting up thirty-one points in the first quarter. They took the early lead, ending the first quarter with a score of 31-26.

The Bulls only scored twenty-one in the second quarter. However, they continued to take good care of the ball, only turning it over four times in the half, compared to ten turnovers by the Wizards. The Bulls led 52-46 at the half with Otto Porter leading all scorers with fourteen. Zach Levine chipped in with twelve. Russell Westbrook led the Wizards with twelve points, eleven rebounds, and six assist in typical Westbrook fashion. In addition, Bradley Beal had nine points in the half.

Lauri Would Not Return

After starting the game, the Bulls were without forward Lauri Markkanen in the second half. Markkanen was originally a game-time decision due to a calf injury. He played twelve minutes and scored nine points in the first half. However, his absence didn’t stop the Bulls from scoring the basketball. Chicago put up another thirty point quarter outscoring the Wizards by four in the third.

The Bulls were up by as many as nineteen points in the fourth, winning easily to get their first win of the season. Chicago had seven players in double figures. They led by Levine, who finished with twenty-three points. First-year head coach Billy Donovan got his first win of the season against two of his former players. Bradley Beal played for Donovan at the University of Florida. Russell Westbrook spent four years under Donovan in Oklahoma City before being traded to Houston last offseason.  Beal had a game-high 29 points. Westbrook had his third triple-double of the season for the winless Wizards, finishing with 21 points, 15 rebounds, and 11 assists.

This was the first meeting of a home and home as the Wizards will host Chicago again Thursday.

Bulls Get 1st Win of Season Despite Westbrook Triple-Double 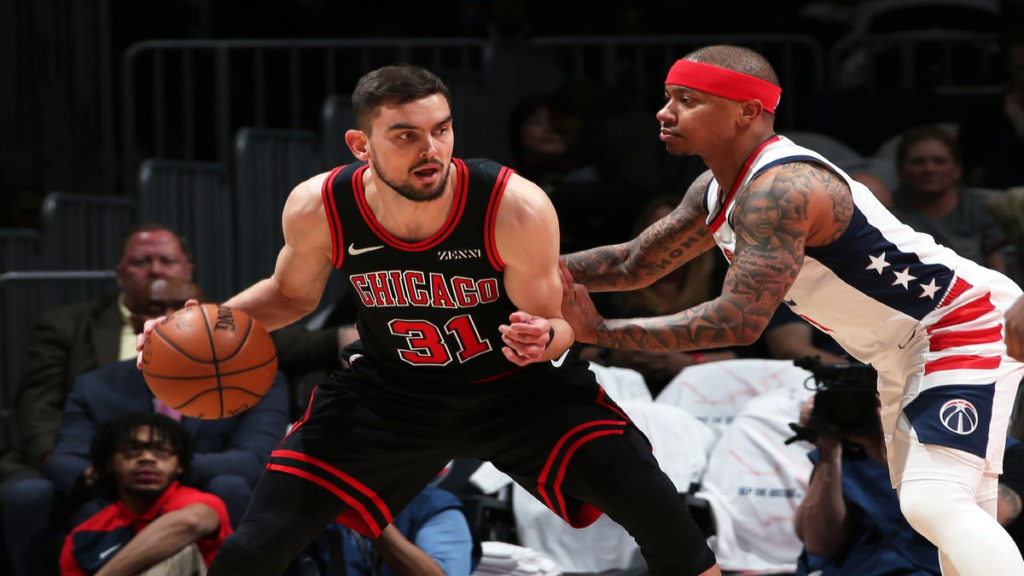 Wizards Lose, 0-5 On The Season. (Washington D.C.). The Wizards hoped to avoid an 0-5 start to the season. They lost to the Bulls Tuesday night as Chicago registered their first win of the season.