Chicago needed to limit his ability to impact the game like that if they hope to snap their 10-game losing streak against the Pacers. Wendell Carter Jr. will be playing in his first game since January 18th, which helped the Bulls in achieving that goal.

Bulls lead after defensive 1st half

The Bulls played great defense on Sabonis to start. He missed his first four shots and turned the ball over twice all before the 5 minute mark. Sabonis made his first shot late in the 1st quarter, to tie the game at 11 with 4.5 minutes left. Both teams also struggled from the field, as Chicago shot 10/24(41%) and Indiana shot 7/18(39%). The Bulls were up 24-21 going into the 2nd, as Thaddeus Young led the team with 7 points.

Zach Lavine took the scoring lead from Young in the 2nd at 8 points. He hit a layup to give the Bulls a 38-30 advantage with 7 minutes left. Led by Myles Turner’s 6 points, the Pacers responded with a 11-2 run to go up 41-40 with 4 minutes remaining. Patrick Williams and Lavine hit consecutive three pointers to stop the Indiana run, helping the Bulls lead 49-44 going into halftime.

Lavine led the Bulls with 13 points in the first half. Meanwhile Sabonis, Turner and Malcolm Brogdon all scored 9 for the Pacers. Both teams struggled offensively, as they both shot 38% from the field. Chicago’s bench outscored the Pacers second unit 18-7 and the Bulls also outrebounded the Pacers by 11, leading to their slight advantage.

Chicago earned their largest lead of game within the first three minutes of the 3rd, at 58-47. Justin Holiday later hit Indiana’s first three since the beginning of the 1st to reduce the Bulls’ lead to 60-53 with 7.5 minutes left. The Pacers went on a 14-4 run to regain the lead at 67-64, led by Holiday’s three 3’s in the quarter. Chicago responded well, with Tomas Satoransky making a three to close out their 15-3 run to end the quarter. The Bulls lead 79-70 going into the 4th

Indiana came out aggressive in the 4th, quickly eliminating the Bulls lead. Jeremy Lamb hit a three to tie the game for them at 88, with 7 minutes left. Lavine scored on a driving layup with 3.5 minutes left. This gave the Bulls a 96-94 lead, but was called for a technical as he wanted the “and-one”. Brogdon capitalized on that for the Pacers. He hit the technical free throw and a jumper to give them a 97-96 lead with 3 minutes left.

The Bulls and Pacers continued to trade baskets late. Sabonis made a hook shot with 1.5 minutes left in the game, giving Indiana a 101-99 lead. Lavine responded with a layup, but Brogdon came back with a layup of his own, to give Indiana the 103-101 lead with 46.5 seconds left. Lavine scored 4 straight points for the Bulls afterwards to give them a 105-103 lead with 19 seconds left. Brogdon had no quit in him though, as he sent the game into overtime with a hook shot

Chicago struck first in OT. Temple and Denzel Valentine scored on their first two possessions to put them up 110-105. Coby White later scored on a driving finger roll lay up, to put them up 114-107 with 2 minutes. The Bulls never looked back from that point forward, as they won 118-112.

Zach Lavine led the Bulls scoring 30 points, with 14 of those coming in the 4th/OT. White also scored 15 of his 19 points in the 2nd half, adding 8 assists and 7 rebounds. It was a team effort for the Bulls overall, as seven players scored in double digits. Wendell Carter also had 11 points and 9 rebounds, in his first game back. Sabonis and Brogdon led the Pacers, as they combined to have 48 points and 25 rebounds. 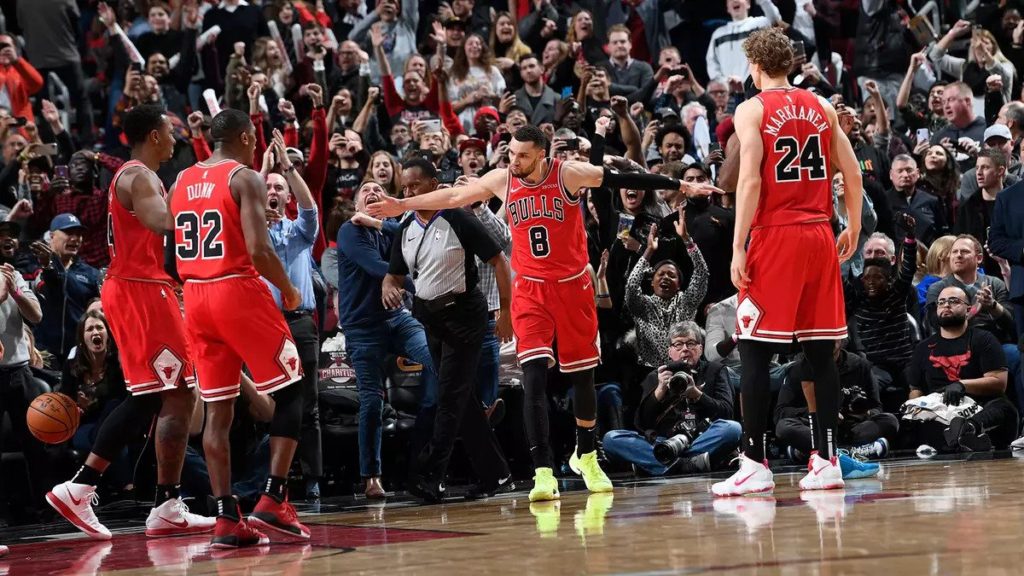 Kawhi scores 33, leads Clippers in win over Bulls (Chicago, IL) – After beating the Pelicans and setting the franchise record for three’s made on Wednesday, the Bulls hosted the Los Angeles Clippers on Friday night. 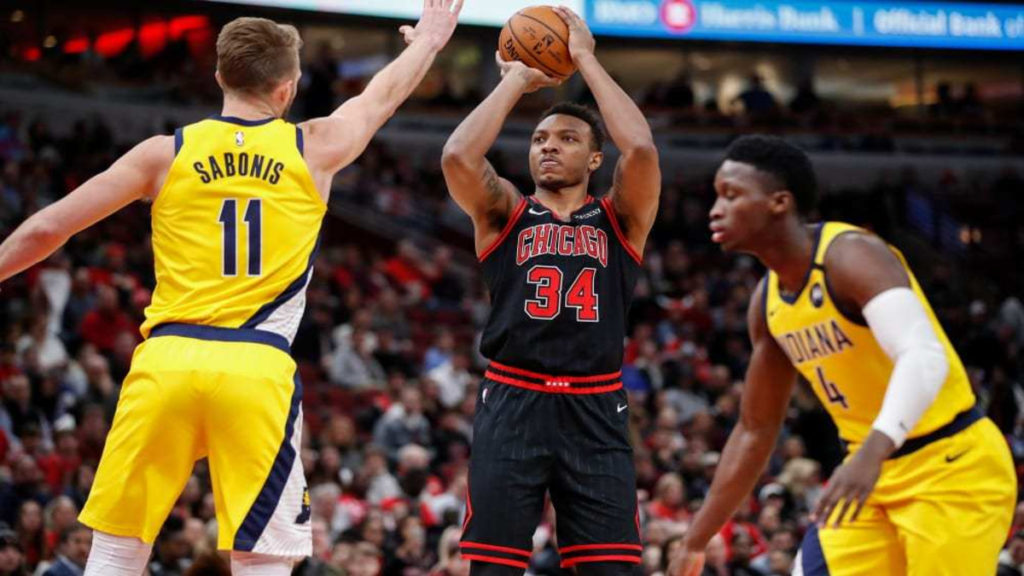