A loss and a win in White Sox double-header (Chicago, Illinois) – Game 2 of the 3-game series in Chicago against the Seattle Mariners started late yesterday because of a rain delay before the first pitch was even thrown. The game made it to three scoreless innings before the rain started again and the umpires suspended the game. Game 2 resumed today with White Sox pitcher, Dallas Keuchel, on the mound in the top of the 4th. In the top of the 5th inning Mariners batter Taylor Trammell hit a solo homer to right field which put the first run on the scoreboard. The White Sox immediately retaliated when White Sox batter Leury Garcia hit an RBI single to tie the game in the bottom of the 5th. Keuchel lobbed a pitch down the pipe to Mariner’s batter Ty France, who hit a solo home run in the top of the 6th.

In the bottom of the 6th Mariners relief pitcher JT Chargois threw a 96-mph sinker right at White Sox batter Jose Abreu’s knee. Abreu crashed to the ground yelling in pain. Right after Abreu was taken away by the paramedics and trainers, White Sox batter, Yasmani Grandal, hit a sacrifice fly to tie up the game at 2-2. The next run was a go-ahead homer by Mariner, Taylor Trammell. The score was 3-2 Mariners at the top of the 9th. The White Sox had an opportunity to win or push the game into extra innings but were caught in a double play that closed out the game. The final score was 3-2 Mariners in the 1st game of the day and 2nd game of the series.

Game Two of the Day

White Sox come back to win the last game of the series in homestand (Chicago, Illinois) – After the White Sox faced a close loss at home, they would have a final chance to redeem themselves in the second game of the double-header. Pitching first for the White Sox was Ryan Burr. In the bottom of the 1st White Sox batter Yermin Mercedes shot the ball right along the left field foul line for a two-run double. The score was 2-0 White Sox at the end of the 1st. In the top of the 3rd inning White Sox pitcher, Garrett Crochet, replaced Burr at the mound for 3 walks and then was swapped out by White Sox pitcher, Evan Marshall with 3 Mariners on base.

Marshall escaped the inning with minimal damage, walking Mariners batter Kyle Seager for an RBI. The score was 2-1 White Sox in the top of the 3rd. In the bottom of the 3rd White Sox batter, Zach Collins, hit an RBI double to lengthen the lead to 3-1 White Sox. In the bottom of the 4th Mercedes hit an RBI single along with Collins who hit his second RBI double of the game which brought the score to 7-1 White Sox. In the top of the 6th Mariners batter, Dylan Moore, hit an RBI single that narrowed the score to 7-2 White Sox. In his 7th and final inning, White Sox pitcher Jimmy Lambert tried to close the game out, but walked 2 batters and let Mariner’s batter, Mitch Haniger, hit a homerun to bring them home. The score was 7-5 White Sox when White Sox pitcher Liam Hendriks was brought in to close out the game. Hendriks ended the game with a strikeout and lineout. The White Sox beat the Mariners 7-5.

*This article has been updated to reflect a correction. The article originally stated that Abreu was hit by a pitch thrown by Drew Steckenrider, which is incorrect. The pitch was thrown by JT Chargois.

A loss and a win in White Sox double-header 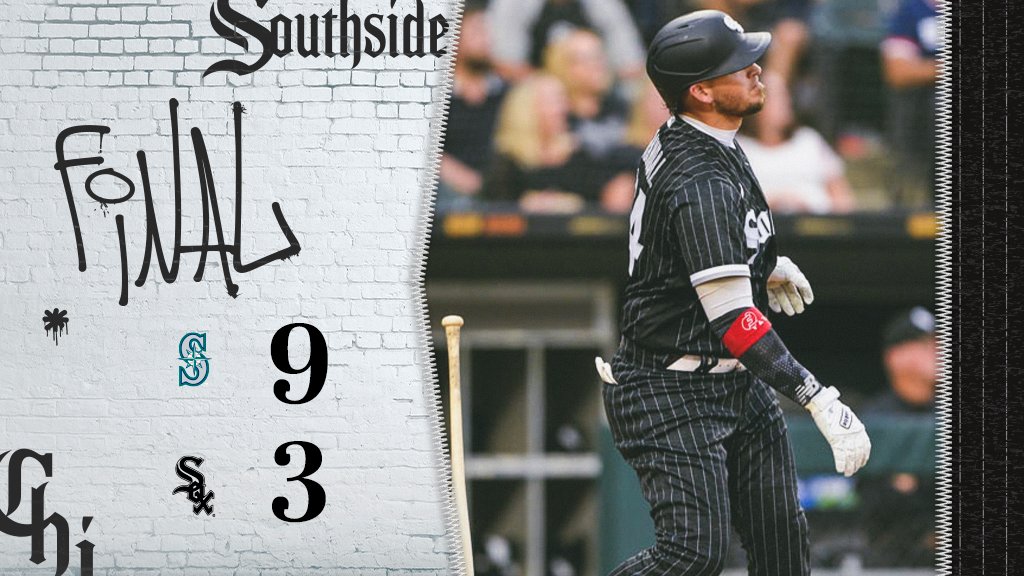 A loss and a win in White Sox double-header